THUNDER BAY - The Northern Ontario leaders’ debate will go ahead on May 26 without Conservative Leader Tim Hudak.
May 20, 2014 3:49 PM By: Leith Dunick 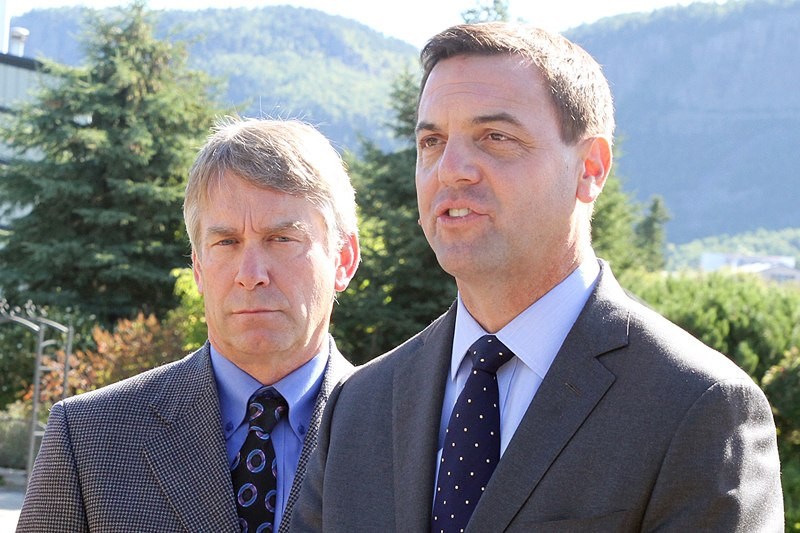 FILE -- Tim Hudak makes a stop in Thunder Bay in this undated tbnewswatch.com file photograph. The PC leader is so far the only Ontario premier candidate who has not confirmed as a participant in a Norther leader's debate. That debate is expected to go ahead whether or not the PC leader can attend. (tbnewswatch.com)

THUNDER BAY - The Northern Ontario leaders’ debate will go ahead on May 26 without Conservative Leader Tim Hudak.

Hudak, who publicly chastised former premier Dalton McGuinty for a no-show at the same debate in 2011, informed debate organizers his campaign schedule won't allow him to attend the one-hour event.

Both Liberal Leader Kathleen Wynne and NDP Leader Andrea Horwath  accepted the invitation on the weekend.

Iain Angus of the Northwestern Ontario Municipal Association said Tuesday organizers were hoping Hudak could find the time to take part in the debate, a lunch-hour affair at the Valhalla Inn.

Angus said prior to Hudak's answer that he couldn't understand why the Conservative leader couldn't free up the time.

“The information we have is that (Hudak) has some schedules that have been locked down, which quite frankly surprises me, ” Angus said. “Given my long involvement in the political process, I know that most campaigns do not lock in more than a couple of days in advance.

“I’m not sure why they would lock themselves in so far in advance.”

It doesn't bode well for the faith the party has in local candidates Harold Wilson and Derek Parks, Angus said.

“Quite frankly, if they’re not (here), it really does not look good for their candidates. It’s like they threw them under the bus,” Angus said.

The Conservatives haven’t won a Thunder Bay seat provincially since 1985, when Mickey Hennessey was elected in the former Fort William riding.

Angus said organizers originally supplied campaign officials with three dates to choose from, but did not hear back until the date was narrowed to next Monday, after the host venue was booked for the other possible dates.

Angus said organizers of the hour-long debate will formulate the questions being asked, based on issues facing the north.

Energy and the Ring of Fire figure to be predominant on the list.

One leader who definitely won’t be in attendance is the Green Party’s Mike Schreiner, who was not on the invitation list.

“The approach that we took is we wanted to invite the leaders who currently have seats in the Ontario legislature and were likely that from those three, one of them will become premier,” Angus said.

“I am concerned about that. The Green Party is running candidates in every riding this election, as we have for the past few elections. Every time we get a five- to seven-per cent ballpark, and that is with largely being ignored by the media,” Northey said.

“It’s very frustrating to see we’re being ignored again on the leaders’ debate, which critical to being heard.”

The debate will be open to the public, but anyone wishing to attend must purchase a luncheon ticket. The event will also be live-streamed online.

Tickets for the debate are $45, which include a luncheon. To register, visit www.noma.on.ca/debate.