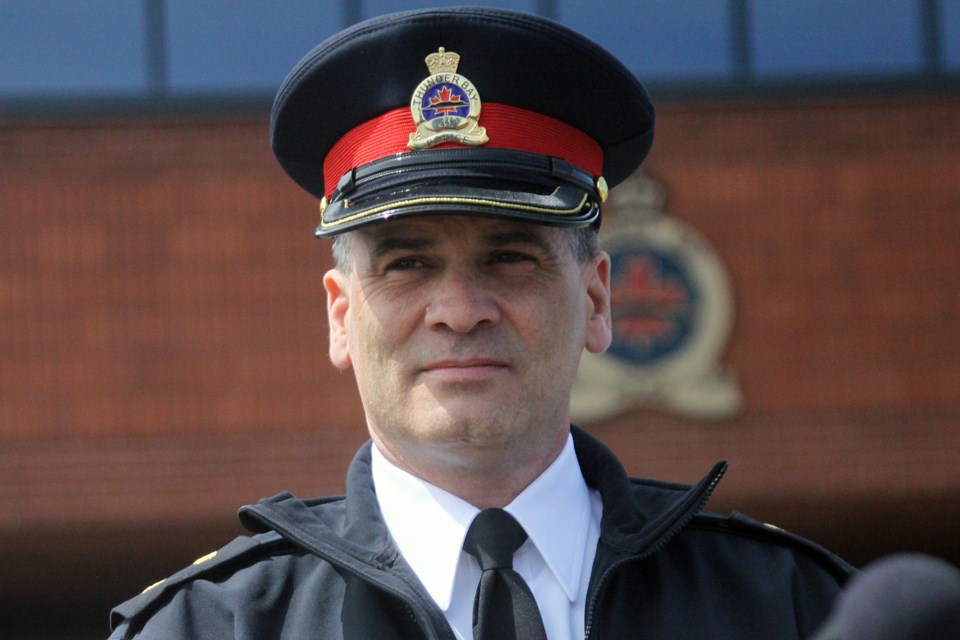 The Thunder Bay Police Services Board has named Ryan Hughes as the force's next deputy police chief. (tbnewswatch.com file photograph)

THUNDER BAY – The city police service is hiring from within for their new second-in-command.

The Thunder Bay Police Services Board on Wednesday announced the appointment of Ryan Hughes, most recently a detective inspector, as the force's next deputy police chief.

“It’s an honor to be the new deputy chief of police,” Hughes said in a written statement. “There is a lot of positive work happening in the community and I look forward to working with Chief Hauth to continue that work to ensure the safety and well-being of everyone in Thunder Bay.”

Hughes has been in policing since 1998, with a 21-year career serving with the York Regional Police and the Thunder Bay Police Service where he had a range of supervisory and field operation roles.

"I am confident that his experience and professionalism will be essential as the Board moves forward with the recommendations from Senator Murray Sinclair's report aimed at eliminating systemic racism," board chair Celina Reitberger said in a written statement. "We are eager to work with Ryan and look forward to a healthy collaboration with him in his new capacity.”

Don Lewis had been serving as deputy chief in an interim capacity after former deputy Sylvie Hauth was hired as the police service's permanent chief.

Hughes will be formally sworn in during a Thursday afternoon ceremony at the Thunder Bay Courthouse.