An information session was held for employers on how the Rural and Northern Immigration Pilot can help them attract and retain employees.
Jan 14, 2020 7:15 PM By: Doug Diaczuk 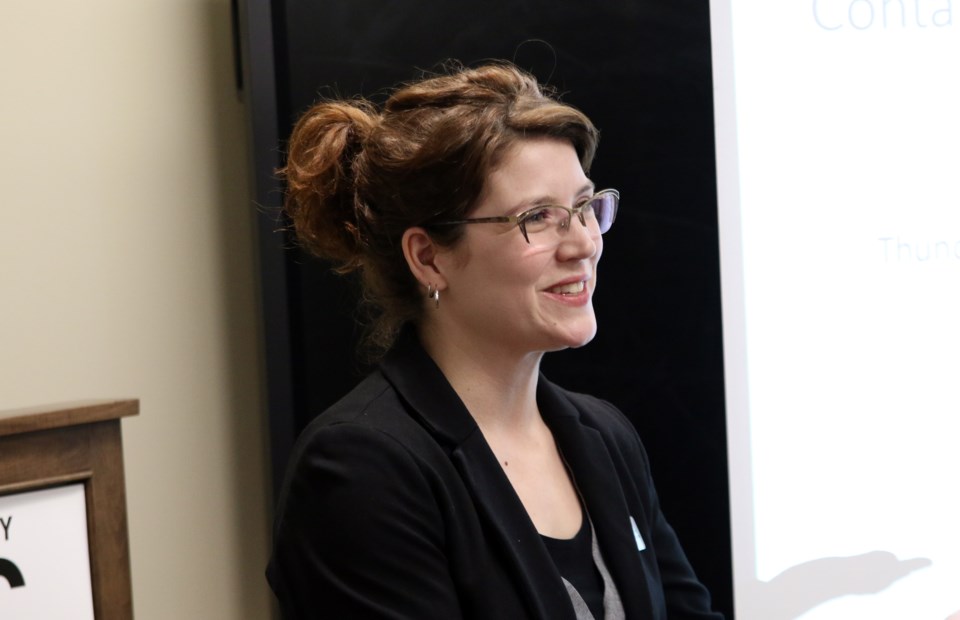 THUNDER BAY - It is estimated that the city of Thunder Bay will require between 360 and 1,800 new people per year to maintain a sustainable population and workforce.

A pilot project that began late last year is looking to make attracting and keeping new workers in the region easier for employers.

“I think employers were really happy to hear this program exists and there will be a lot of support for them going through it,” said Emily Lauzon, workforce development officer with the Community Economic Development Commission. “It is a different type of stream that they haven’t used before with lots of supports in place.”

The Rural and Northern Immigration Pilot was launched on Nov. 1, 2019 and there are currently 25 local employers registered to participate. On Tuesday, Lauzon met with employers to provide insights into how the program works and how they can benefit.

“One of the things employers face challenges with when it comes to hiring immigrants is labour market impact assessments, high fees, and complicated processes,” Lauzon said. “With this pilot, they have the CEDC supporting them along the way and there are no fees. So they can use this pilot to recruit or retain without some of those burdens.”

According to Lauzon, the Rural and Northern Immigration Pilot is designed to take the benefits of economic immigration and drive them to communities like Thunder Bay.

“We have a unique opportunity here to design a program to meet the needs here in Northern Ontario,” she said.

The need for workers, particularly in sectors such as health care, engineering, medical technologists, trucking, and construction, is continuing to grow in the city.

“Thunder Bay has a low birth rate and an aging demographic and there is low immigration,” Lauzon said. “There is a lot of people leaving Thunder Bay and not a lot of people coming to Thunder Bay. So that is leaving us with some labour market gaps. Immigration is one of the ways we can start to address some of those vacancies.”

Joanne Lent, executive director at Southbridge Roseview Long-Term Care, came to the information session on Tuesday to learn about how the Immigration Pilot can help her retain some of the staff members she already has working at the long-term care home.

“I currently have some staff who are interested in it,” she said. “Being a long-term care home, we are always looking for personal support workers and right now it is well known there is a shortage.”

Lent added that more people from outside of the city need to be brought in to fill the numerous positions in homes across the city.

“I think the need has become greater because of our aging population,” she said. “There’s just not enough local people going through the programs to meet the needs of all the different employers and residents in Thunder Bay.”

Southbridge Roseview Long-Term Care has more than 200 employees and Lent said there are between 10 and 15 employees who could benefit from the Immigration Pilot.

“We want to do what we can to help give them the opportunity to stay in our communities and meeting the need in our long-term care homes,” she said.

The Rural and Northern Immigration Pilot is a three year project and Lauzon said the goal for the first year is to bring in or retain up to 100 people to the city.

“I think that is a very reasonable goal and that is the goal I would like to achieve,” she said. “If we do reach that and we can successfully retain 100 people over the next year we hope the federal government will allow us to bring more in the second and third year.”

Gallery: Cats of Thunder Bay
Aug 8, 2020 6:05 PM
Comments
We welcome your feedback and encourage you to share your thoughts. We ask that you be respectful of others and their points of view, refrain from personal attacks and stay on topic. To learn about our commenting policies and how we moderate, please read our Community Guidelines.
The latest on COVID-19 Local and global updates →
IT'S PATIO SEASON!
Patios That Are Now Open