A grandmother and her daughter with the Ontario Native Women’s Association are calling on the federal government to pass Bill S-3 to remove gender inequality from the Indian Act
May 12, 2019 1:05 PM By: TbNewsWatch.com Staff 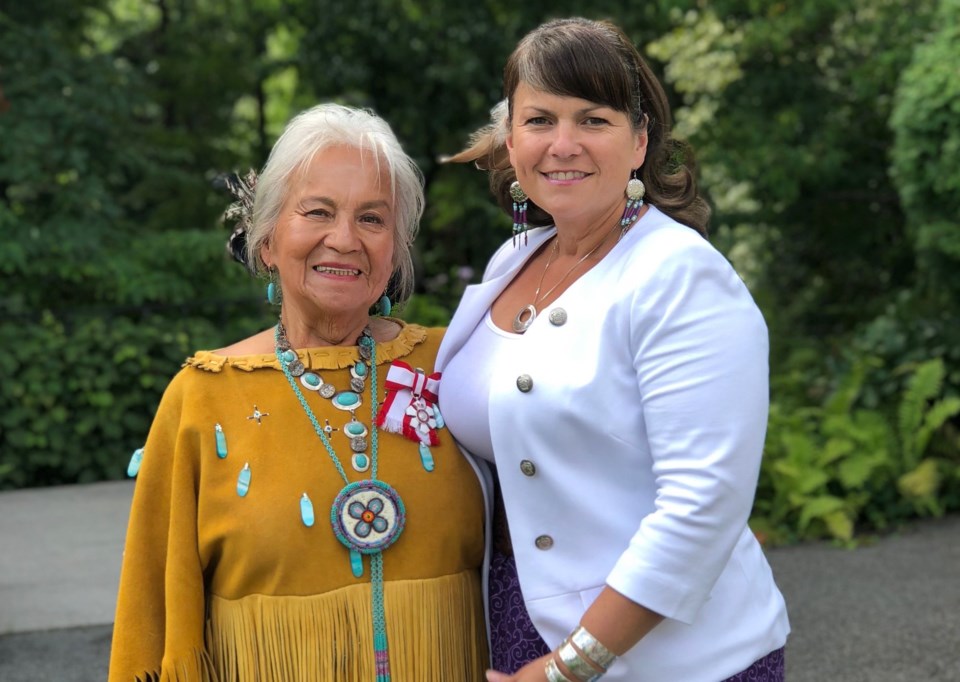 Jeannette Corbiere-Lavell and her daughter Dawn Lavell-Harvard are calling on the federal government to enact Bill S-3 to remove sex discrimination from the Indian Act. (Supplied).

THUNDER BAY - On a day when all mothers are celebrated, two Indigenous women are calling on the Canadian government to ensure all mothers and grandmothers are treated equally.

Jeannette Corbiere-Lavell and her daughter Dawn Lavell-Harvard, director of the First People’s House of Learning at Trent University and president of the board for the Ontario Native Women’s Association, are calling on the federal government to enact Bill S-3 and remove sex discrimination from the Indian Act.

“On any given Tuesday, up until the last sitting of Parliament on June 21, Canada has the opportunity to right this wrong,” Corbiere-Lavell and Lavell-Harvard said in a release issued by ONWA. “This is the government’s last opportunity to finally remove sex discrimination from the Indian Act that has been there for 143 years.”

Bill S-3, which received royal assent on Dec. 12, 2017, would extend status to descendants of women who were removed from band lists or not considered Indigenous due to marriage to a non-Indigenous man dating back to 1869.

Changes under Bill S-3 would remove sex-based inequalities related to first cousins whose grandmother lost status due to marriage to a non-Indigenous person, differential treatment of women born out of wedlock to Indigenous fathers between Sept. 4, 1951 and April 17, 1985, and allow flexibility in considering eligibility for registration in situations of unknown or unstated parent, grandparent, ancestor.

“Until the outstanding provisions are proclaimed, the Indian Act maintains the decades old sex-based hierarchy between Indian men and their descendants and Indian women and their descendants,” Corbiere-Lavell and Lavell-Harvard said. “This hierarchy has existed since 1876, and amendments to the Indian Act in 1985, 2010 and 2017 have not removed it.”

Corbiere-Lavell and Lavell-Harvard added Indigenous women do not enjoy the same equality as men with regard to entitlement of status or the transmission of status to descendants, which “violates the right of First Nations women to equality and the right to pass their culture on to their children.”

Consultations were held on Bill S-3 and a report to parliament will be tabled by June 12, 2019.

“The current government has the ability to make history and positively impact the lives of First Nations women, girls and families for generations to come,” Corbiere-Lavell and Lavell-Harvard said. “We call on them to remove the sex discrimination from the Indian Act and enact Bill S-3. On that day, we would proudly stand united and celebrate with grandmothers, mothers, daughters and nieces.”