Injured workers say system leaves too many in poverty

WSIB's deeming policy deducts 'wages' from workers' benefits, saying they represent money the injured worker should be earning at a job they've been told to apply for.
0
May 31, 2019 12:43 PM By: Leith Dunick 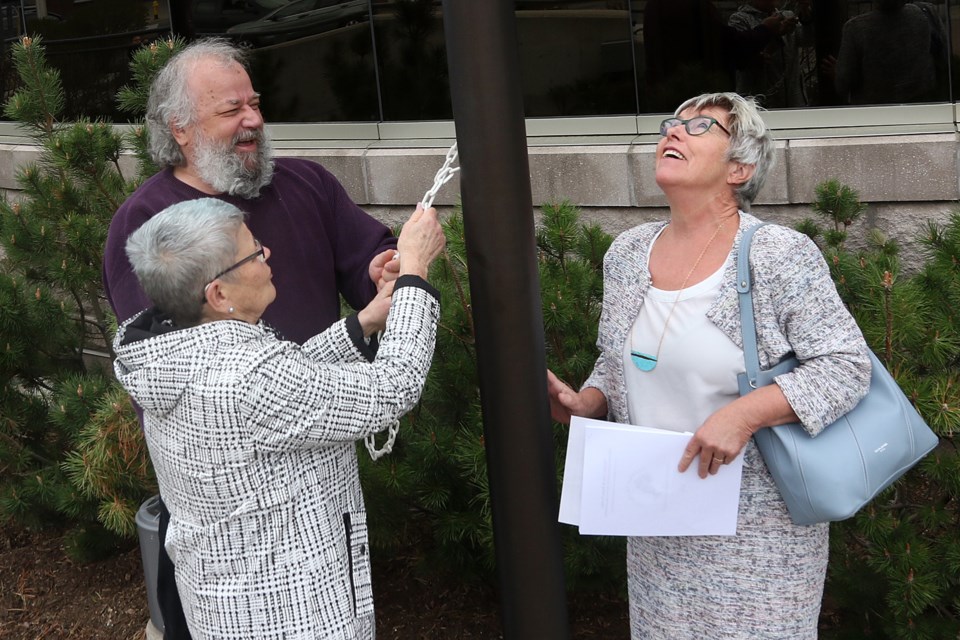 Mantis, speaking Friday at a flag-raising ceremony at city hall, held to celebrate Saturday’s Day of Action for Injured Workers Day, said too many people who can’t work are being deemed able to work and told to seek work in a particular field.

“It happens when a worker is unemployed following an injury and their employer won’t take them back. They say, ‘We can’t accommodate you,’ and the WSIB will deem you able to do this job and will subtract your wages from your benefit, as if you were doing the job,” Mantis said.

The practice is leaving far too many people living well below the poverty line.

Mantis said they’ve put together a report showing that 50 per cent of workers with permanent impairments end up unemployed, adding it needs to be dealt with.

“We’ve also dealt with the Opposition party, which has just introduced a private-member’s Bill 119 to change the Workers’ Compensation Act, so that if a person is unemployed, they get full benefits, unless they’re actually offered a job that they turn down without good reason,” Mantis said.

NDP MPP Judith Monteith-Farrell, whose late husband was seriously injured on the job, said WSIB is supposed to be in place to assist those who need help.

“We see with this new deeming law and really destructive impact on people’s lives, because there’s no proof these jobs exist. There’s no help for people to get these jobs, and yet their benefits are cut,” Monteith-Farrell said.

Benefits injured workers are fighting for under a new Workers Compensation Act include a pension for life for a disability for life, full cost-of-living protection, real jobs or full compensation and access to CPP disability or workplace employment benefits.