Privatization of the compensation system would be another step towards business incentive, group president says.
0
May 15, 2019 8:17 AM By: Michael Charlebois 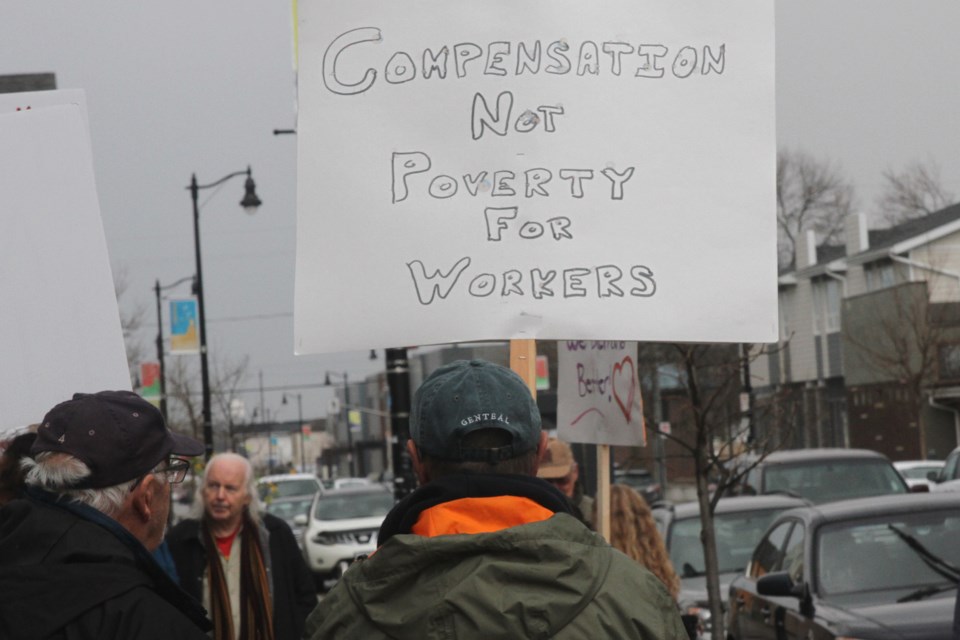 THUNDER BAY - Injured workers are calling on the provincial government to make changes to existing legal frameworks and move away from privatizing worker insurance.

“We are actually part of a much bigger picture going on across Ontario, injured worker groups are fighting back to send a message to the government that the cut backs they are enforcing are wrong,” said group president Janet Patterson.

The protest is part of a province-wide demonstration in which injured workers are hoping to make significant changes to the Workplace Safety and Insurance Board policy. One which Patterson says has moved towards privatization long before Doug Ford’s election in 2018.

The workers’ compensation system is currently funded by employers in Ontario. Employers pay premiums based on their accident rates, and these rates have been reduced by 30 per cent since last fall -- a nearly $1.5-billion dollar bonus at the expense of the workers.

The government is currently conducting a review of the WSIB, and early reports suggest that privatization of the compensation system could be a possibility.

“If privatization happens, that will be it completely,” Paterson said. “They are taking care of businesses and the workers are just kind of the byproduct.”

Since 2016, injured workers have lobbied for fundamental change to the WSIB in three key areas.

These include eliminating the practice of determining future lost wages by deeming a worker to be working, even when unemployed; allowing more say from a worker’s treating health care professional and not relying only on company doctors; and reversing the WSIB’s policy on pre-existing conditions, which places blame on a disability to factors outside of the workplace.

Paterson also voiced her concern over cuts to legal aid in Ontario.

When the Ford government released its 2019 provincial budget, funding to Legal Aid Ontario was cut by $133 million or 35 per cent.

The announcement was widely criticized by lawyers, most recently the local Kinna-aweya Legal Clinic which said funding cuts to Legal Aid Ontario will result in reduced front-line services.

Paterson says the cuts directly impact the legal costs for injured workers that are seeking compensation.