Sleeping Giant, Spectre, Dirty Dancing and Wall-E among the films being offered on opening weekend.
Jul 10, 2020 3:42 PM By: Leith Dunick 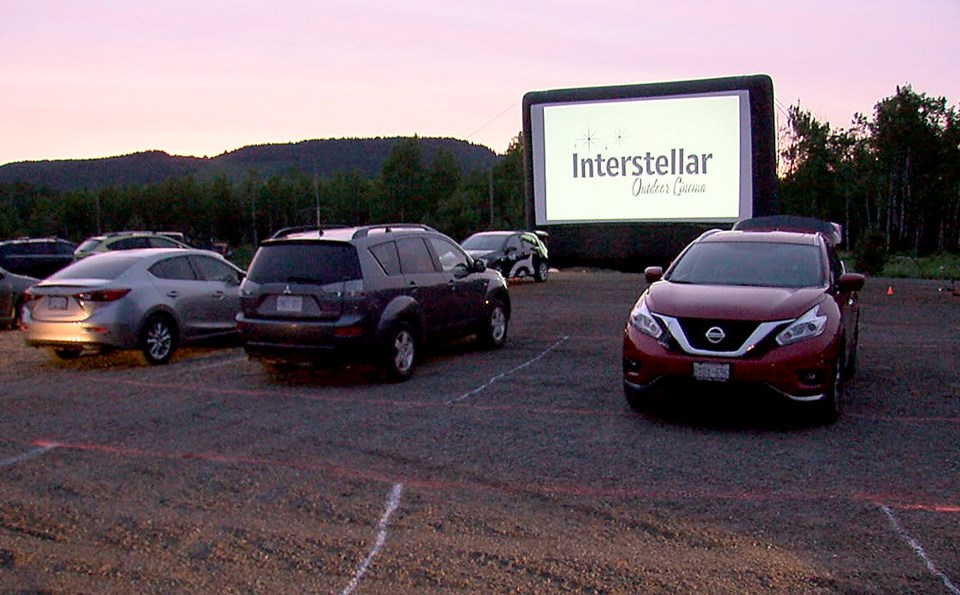 After weeks of waiting for equipment to arrive, Interstellar Outdoor Cinema is up and running, screening their first show on Thursday night.

Darren McChristie, founder of Walleye magazine, is behind the new enterprise, located on Cloud Lake Road off Highway 61 in Neebing Township.

He said it’s been a lot of work to get to this point, but he’s excited to welcome the public this weekend and start showing movies. Among the shows being offered on opening weekend are Thelma and Louise, Wall-E, Dirty Dancing, Sleeping Giant, Christine, Spectre, Stand by Me and the Robin Williams classic, Good Morning Vietnam.

“I’m excited to bring this outdoor cinema experience to the residents of Thunder Bay,” McChristie said. “Things are finally coming together here, so we’re really happy.”

It’s the second outdoor cinema to set up shop in the area.

Grand Slam Sports and Entertainment, owners of the sidelined Thunder Bay Border Cats, opened another one a couple of weeks ago at the Murillo Fairgrounds.

McChristie said people have been itching for things to do and movies are always a popular entertainment option in non-COVID-19 times.

With cinemas closed until further notice, this is a way to let people get their silver screen fix, even if it is mostly older movies being shown.

“I grew up going to drive-in theatres. My son’s at a driving age right now, so I’m thinking what a great opportunity to bring that experience to a whole generation of people who have never tried it,” he said.

“Additionally, obviously people have been cooped up for quite a while. This gives everyone a chance to get outside and come down to beautiful Neebing Township – maybe go for a hike in the late evening and explore the shore – and then come out and watch a movie.”

He said he’s confident the venture will last well beyond the pandemic, which is one of the reasons it took so long to become operational. The rules are pretty tight, he added, thanks to a radius clause the country’s two film distributors have with Cineplex, which owns and operates Thunder Bay’s SilverCity Cinemas.

“They told me we should be 40 kilometres away from Cineplex. When the next phase kicks in and Cineplex opens, there’s a possibility that all new pop-up theatres will be closed within a certain radius. So we worked with Neebing Township to find a suitable location, because we’re in it for the long haul,” McChristie said.

“We don’t think we’re here to compete with Cineplex. Obviously we’re providing something different and we’re quite a ways from Cineplex now. Neebing is a great location. It’s very quick down the highway, (just) 25 minutes from the airport, yet 40 kilometres from the Cineplex.”

Tickets range between $14 for a single adult and $32 for a family of two adults and two children and are available online at www.interstellarcinema.ca.