The Transportation Safety Board has completed the first part of its investigation.
Jun 23, 2021 3:54 PM By: TbNewsWatch.com Staff 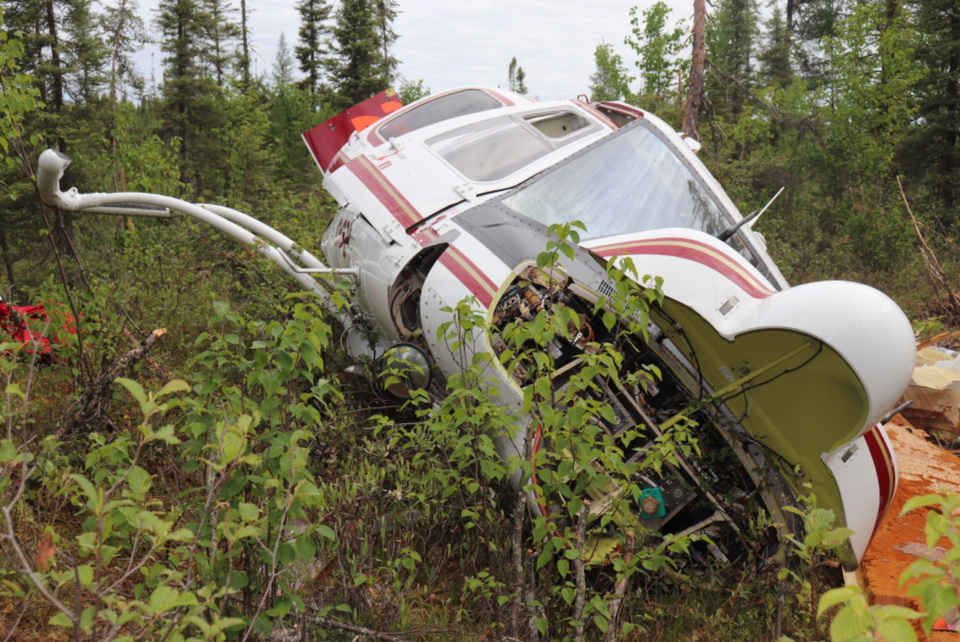 This Bell 214ST helicopter crash-landed while returning from a forest fire in the Nipigon area on June 7, 2021 (Twitter/TSB)

NIPIGON, Ont. — The Transportation Safety Board of Canada has released the first photo from the scene of a recent helicopter crash in the Nipigon area.

The pilot of the Bell 214ST suffered serious injuries after the chopper went out of control at 3,000 feet while returning from a forest fire on June 7.

The photo released Tuesday was taken by TSB investigators.

It shows the badly-damaged helicopter lying on its side with the rotors apparently detached.

In a brief statement, the board says the field phase of the investigation is complete.

The steps in this phase include:

The helicopter was operated by Helicopter Transport Services (Canada) of Carp, Ontario and was conducting firefighting operations for the Ministry of Natural Resources and Forestry.