The court chastized the Canadian Judicial Council for its treatment of the Thunder Bay judge for serving as temporary Dean of the LU law school
May 21, 2020 6:33 PM By: Gary Rinne 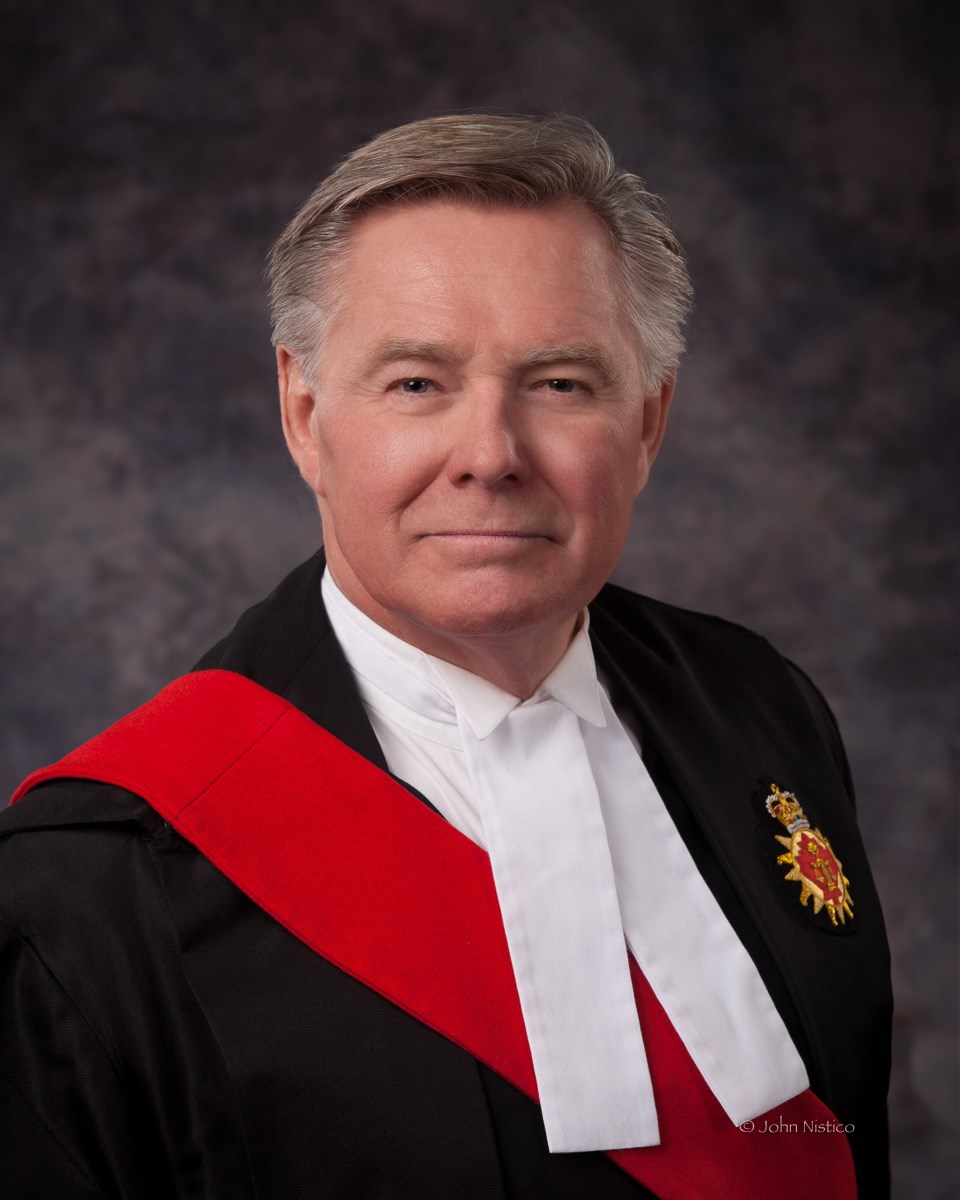 THUNDER BAY — Justice Patrick Smith has been completely cleared of any wrongdoing in his acceptance of the interim deanship of the Lakehead University law school in 2018.

A Federal Court of Canada judge issued a decision Thursday in a case involving the Canadian Judicial Council's public rebuke of Smith in the fall of 2018.

The CJC is an oversight body comprised of Canada's chief and associate chief justices.

The Federal Court ruling says Smith did not breach the Judges Act, nor did he breach his judicial ethics, when he took a leave from his part-time judge's role to accept the LU job with the approval of the Chief Justice of the Superior Court of Ontario and federal Justice Minister Jody Wilson-Raybould.

Justice Russel Zinn also says Smith was denied procedural fairness in the CJC's consideration of his conduct, and that the council's actions constituted an abuse of process.

He ordered the CJC to post on its website a copy of the judgment quashing its findings regarding Smith.

Lakehead had asked Smith to step in as dean of the Bora Laskin Faculty of Law, with no monetary compensation, until it could find a permanent successor to Angelique EagleWoman, who resigned from the position in April 2018, alleging systemic racism at the university.

Although it had received no formal complaint about Smith's appointment, the CJC launched an investigation, and found that he was "ill-advised" to accept the post because he had an ethical obligation "to avoid involvement in controversy or public debate, as those could expose him to political attack or be inconsistent with the dignity of judicial office."

A CJC review panel concluded in November 2018 that Smith had contravened the Judges Act, but that there was not enough misconduct to remove him from judicial office.

Smith's lawyer, Brian Gover, argued in his application for judicial review that there was no misconduct whatsoever, calling the council's entire investigation "misguided and overzealous."

In clearing Smith, Justice Zinn said the CJC misused its disciplinary procedure in an "excessive and unreasonable" manner, and unreasonably interpreted the section of the Judges Act that excludes judges from engaging in any "occupation or business" other than their judicial duties.

He noted that Smith received the permission of the Chief Justice before he took on the role.

"If his decision was ill advised, what does that say of the decisions of his Chief Justice and the Minister of Justice?" Zinn asked.

Justice Zinn also questioned the CJC panel's rationale when it concluded that Smith had "an ethical obligation to avoid involvement in controversy or public debate, as those could expose him to political attack or be inconsistent with the dignity of judicial office."

The federal court judge said the underpinning for that finding included:

Zinn said that with regard to the first two points, Smith had already indicated he would recuse himself from any litigation in his court relating to LU.

"This removes all possibility that he would be in a conflict of interest, or even appear to be in one, should litigation arise," the judge said.

He added "Should the former Dean sue the Law School, it is extremely unlikely that she or any reasonably informed person would think her suit could be influenced by Justice Smith's involvement with the Law School...Moreover, her taking legal action was not a certainty when the Review Panel report was issued."

Justice Zinn described the review panel's consideration of litigation regarding the accreditation of the law school as speculative and unworthy.

He also found that the panel "exaggerates" when it refers to "extensive" media coverage generated by Justice Smith's appointment.

"There was some coverage; however, most of the media coverage was directed to the University and the resignation of the Dean [Eaglewoman}. There was very little directed to Justice Smith's interim appointment," Zinn said.

His decision notes, as well, that no public comments were made after a meeting between a First Nations advisory committee and the university on May 10, 2018.

The judge said he agreed with a submission from the Canadian Superior Court Judges' Association that "CJC's response to Justice Smith's acceptance of the appointment resulted in a torrent of public criticism, not of Justice Smith or his conduct, but of the CJC itself."

"This criticism from judges, lawyers, and the public directed to the CJC's conduct far outweighs and is more damning than the sparse coverage directed to Justice Smith," Zinn said.

The judge took the unusual step of quoting, at the very beginning of his 74-page judgment, a newspaper columnist who had written critically about the CJC's treatment of Smith.

"The fact that Judge Patrick Smith is in danger of removal is a sobering illustration of the 'no good deed goes unpunished' saying," the late Christie Blatchford of the National Post wrote.

Blatchford also pointed to support Smith had received from Senator Murray Sinclair, a former judge and head of the Truth and Reconciliation Commission, quoting a letter he wrote to the CJC saying he was "deeply troubled" by its review of his conduct, and revealing that Smith had sought his advice before accepting the position at the law school.

"Knowing Justice Smith and his deep experience in Indigenous law as I do, I encouraged him to agree to the appointment...In my opinion, he acted according to the highest standards of the judiciary," Sinclair said.

Gover says his client, Smith, is "delighted" with the decision, and grateful for the support of his judicial colleagues, including the national and Ontario Superior Court Judges' Associations.

"He's [also] grateful for the support of the Thunder Bay bar, and the community in Thunder Bay, throughout this entire process," Gover told Tbnewswatch.

He said the CJC's actions shocked lawyers and non-lawyers alike.

Persuading a court that an abuse of process has occurred requires that a high standard be met, Gover said.

It's particularly noteworthy, he added, that Justice Zinn concluded that the process was misused by the judicial council from the beginning.

The judicial council said Thursday it requires time to review the court's decision.