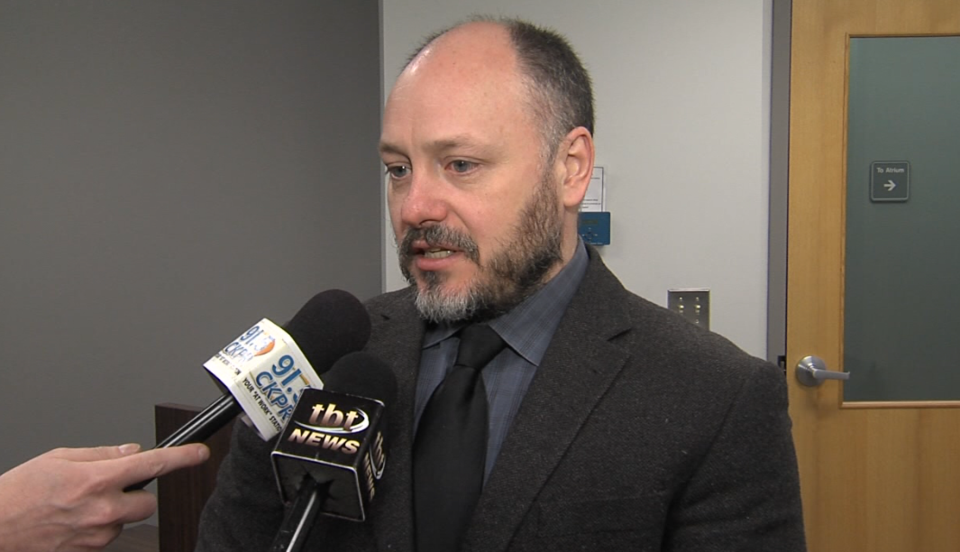 The public last Thursday was advised not to drink Kakabeka Crystal water because of evidence pointing to bacterial contamination, but the company’s management was optimistic their operation would start again this week.

District health environment manager Lee Sieswerda said additional testing was taking place over the weekend and results show the problem is still there.

“We’ve been working with Kakabeka Crystal and testing their water right from their source to their finished product,” Sieswerda said.

“What we’ve been finding pretty consistently is overgrown plates, which means there are literally hundreds of different bacteria – and that essentially means it’s unfit for human consumption.”

Sieswerda added the source water, the transported water and the finished water should be tested, but Kakabeka Crystal hasn’t taken any samples in the last year.

This causes a problem as officials do not know what’s in the water other then the samples they’ve taken in the past week.

“Not every sample sent has come back contaminated, only some, but the treated water should have no bacteria and that’s the definition of potability,” Sieswerda said.

In the bottled-water industry anybody can open a bottled water plant with no training and start producing bottled water.

Sieswerda said there’s a bottled water association, but it only has some standards and most of the bottlers in town are not members of the association.

“Essentially, there’s no regulation of the bottled water industry and that’s why we have this situation where we have people selling bottled water unfit for human consumption and probably have been for a long time,” Sieswerda said.

“There’s no testing at Kakabeka Crystal along with some of the other bottlers in town, which we will be looking into as a result of this investigation.”

Sieswerda added they are working closely with Kakabeka Crystal to review their process using the standards from the International Bottled Water Association, so they can reopen.

The health district will be reviewing all of the bottled water companies in Thunder Bay to ensure they are producing potable water.

“I met with the heath unit yesterday,” Christie said. “They have now identified the bacteria and it doesn’t show to be harmful as far as I understand they’ve ruled out any of the worst possibilities.”

Christie said the health unit has provided some recommendations on tightening up some of the processes for the delivery from the well to the plant and he hopes to have a clean bill of health within the next couple of days.

“We have tightened up on the delivery of the water,” Christie said.

Health Unit officials have pointed out a few places the employees should be sanitizing more frequently.

“We have five employees and they have all been working diligently in reviewing the plan operations, cleaning and scrubbing anything that we think could have come in contact with something,” Christie said.

“Delivery guys have been going out and swapping the recall water, so it’s been a lot of work this week but my guys have really come through for me.”

Christie added he knows the company is going to come out of this situation with a clean bill of health and a better company.