Former parliamentary budget officer to be given an honorary doctorate
0
Apr 27, 2017 11:02 AM By: Leith Dunick 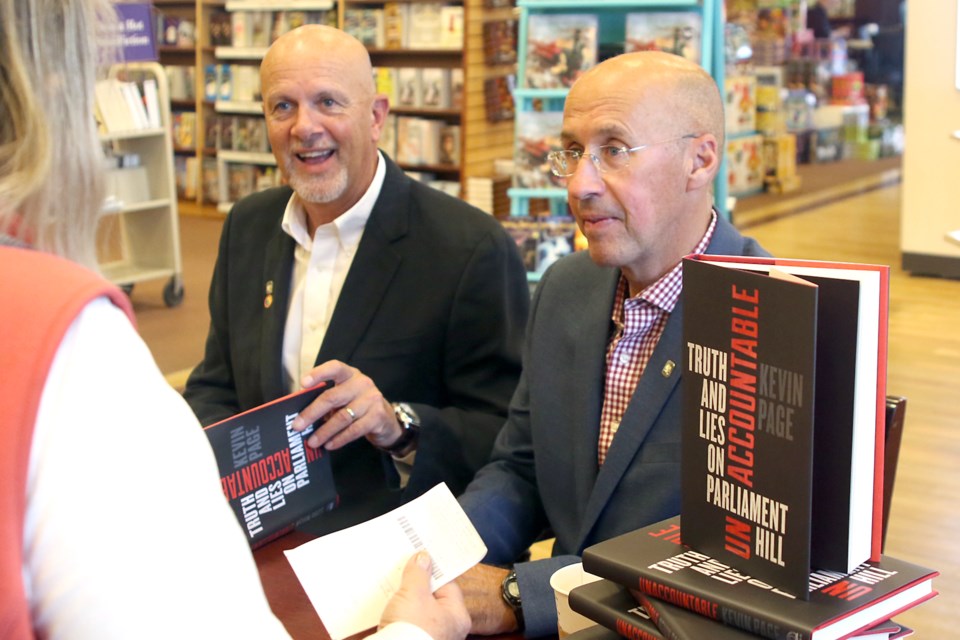 Kevin Page (right) will be getting an honorary doctorate from Lakehead University. He's the former parliamentary budget officer.

The Thunder Bay-born Page, who sparred with then prime minister Stephen Harper over government cost estimates and issued reports that did not coincide with Conservative forecasts, went on to write Unaccountable: Truth and Lies on Parliament Hill.

Also getting honorary degrees during the school’s upcoming convocation are Mainstreet Equity Corp.’s president and CEO Bob Dhillon and prospector Rudolf Wahl, who emigrated from Germany and explored the largely untapped potential of the Terrace Bay-Schreiber area.

“These individuals are being recognized for their exceptional accomplishments in public service, business, and mining,” said university president and vice-chancellor Brian Stevenson in a release issued on Wednesday.

“Convocation is not only a time to celebrate what our students have achieved, but the contributions of special members of our community, as well.”

Chemical engineering professor Inderjit Nirdosh and former chief scientist for the Geological Survey of Canada James Franklin will be named fellows of the university.

“For years, Lakehead students have benefited from Dr. Nirdosh and Dr. Franklin in their roles as professors, through their fundraising and personal contributions, and by volunteering their time,” said David Tamblyn, chairman of Lakehead’s board of directors.

“These are the qualities we recognize and honour by naming them fellows of the university.”