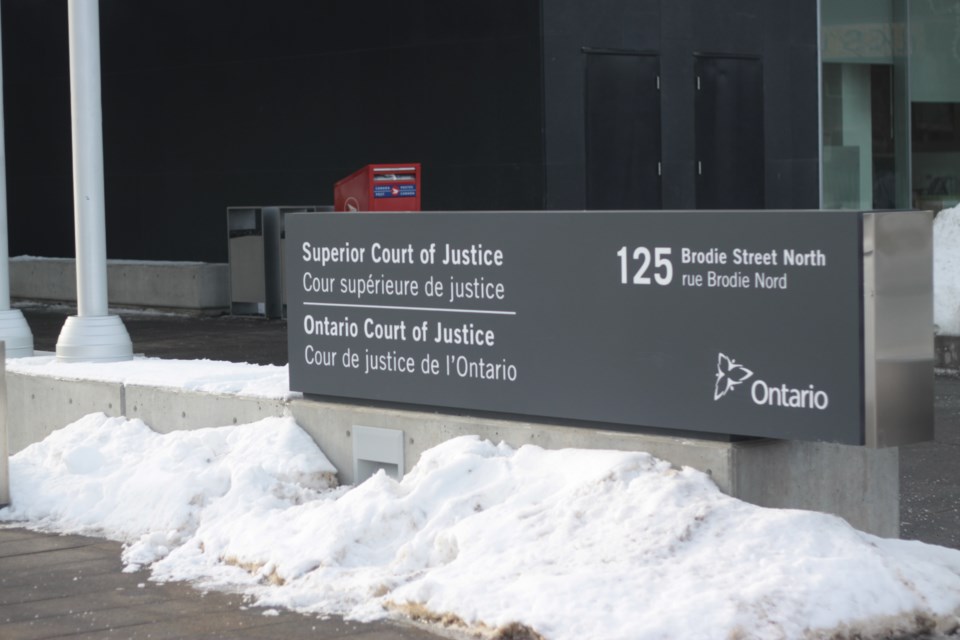 THUNDER BAY - A man who robbed another individual at knifepoint last September in the city says he was retaliating and alleged the person he targeted had previously jumped him on a different occasion.

Skyler George, 19, was sentenced to 17 months of custody on Thursday after pleading guilty to robbery with a knife in Thunder Bay court.

Crown Attorney Gordon Fillmore told the court police were alerted of an incident involving an individual “chasing a kid with a knife”. When police responded, they determined the individual with the knife was George.

Police spoke with the complainant who told police George had approached him while he was walking on a path with a red-handled knife and attempted to rip off his backpack.

At the time, George was bound by a probation order that required him to keep the peace and be of good behaviour.

A proposed joint sentence of 17 months was endorsed by Justice Elaine Burton, although she did say this on the lower range.

“Seventeen months for robbery with a knife is on the low end but I am going to go along with it,” Burton said, adding she considered his background as well.

Defence counsel for George, Sherry Abotossaway, told the court her client had a troubling upbringing in the foster care system where he experienced abuse. He also suffers from substance abuse issues with alcohol.

George has already served five months in pre-sentence custody and was granted an enhanced basis of eight months. Going forward, he has nine and a half months left to serve.

When asked to speak by Burton, George apologized for his actions and stated he wants to go back to school and get treatment.

“You won’t see me in here again,” he said from the prisoner’s box.