Record water temperatures have already been reached on other Great Lakes.
Aug 5, 2020 11:55 AM By: Gary Rinne 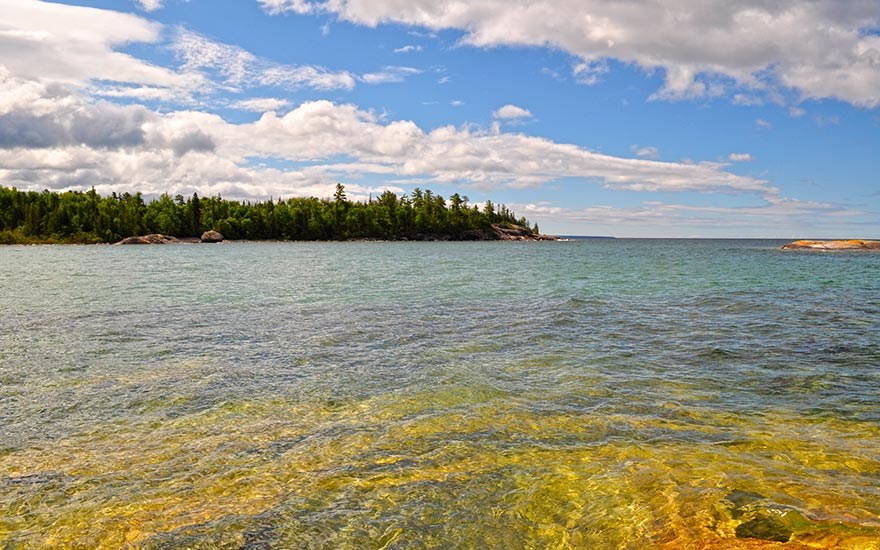 THUNDER BAY — A hot summer has helped to push Lake Superior's average water temperature several degrees above the long-term normal for this time of year.

Scientists say it's part of a trend across the Great Lakes that raises concerns about harmful algae blooms and damage to ecosystems.

Environment and Climate Change Canada reports that the average surface temperature of the largest of the Great Lakes was 13.6 C in July, or 2.2 degrees warmer than the average between 1995 and 2019.

Superior's surface water temperatures currently ranges from 12 C in the middle of the lake to as high as 24 C along the shoreline.

Water temperatures on all the Great Lakes including Superior have been running well above average for weeks, according to Andrew Bramburger, vice-president of the International Association for Great Lakes Research and a research scientist with Environment and Climate Change Canada.

"The interesting thing about that is, usually they don't hit their maximum temperature until a week or so into August, and the lakes were hitting temperatures higher than those historical maximums by mid-July this year. Just the timing of the warm-up came a bit earlier," Bramburger said.

He added that there's still potentially three or four weeks of continuing warming ahead.

Bramburger said the general absence of brisk wind this summer has also contributed.

"When you don't have that wind creating waves and mixing the warm surface water down into the lake, those surfaces can get really hot," he said.

Compared with this year, Lake Superior has recorded higher average surface temperatures in July on five occasions since 1998, including 2012 when it reached 18.3 C.

It has been identified as one of the most rapidly-warming large lakes on the planet.

Bramburger said "It's a big lake and it takes a lot of energy to heat up. So it seems it It should be a bit of a mystery as to why Lake Superior is warming as quickly as it is."

However, he noted Superior's contrast with a water body such as Lake Erie, where the temperature plateaus before cooling of the surface water occurs due to evaporation.

"Lake Superior has a lot more room to absorb that heat before it starts hitting that upper limit where it starts evaporating. So its able to absorb heat, year after year and summer after summer, despite the fact it's a colder lake than the other ones," Bramburger explained.

Scientists are concerned that the warming of the Great Lakes will stress fish populations and increase the development of toxic blue-green algae blooms.

After sporadic occurrences along the southern shore of Lake Superior in recent years, the first documented blue-green algae bloom on the Canadian side developed 35 kilometres east of Thunder Bay in September 2019.

Bramburger said "It seems that the bacteria responsible for harmful algae blooms respond to changes in temperature even if the lake is not super-hot...It could be that as we see the warmer temperatures in the summer, particularly this year when the lakes heated up pretty quickly, we're having a water mass that is a lot more hospitable to those cyanobacteria than the other algae in the lake."

He added that "the near-shore areas of Superior are quite a bit warmer than they used to be...Looking at Thunder Bay and some of the other inlets up there, it is in that same range of temperatures. Anytime you're getting into the 20s for Lake Superior, it's a bit of a departure from what, historically, it would be...this is part of a trend."

Bramburger cautioned that it's easy to get complacent about the huge lake.

"As Canadians who live in the Great Lakes basin, we're really spoiled with having better access to clean, fresh water than probably anyone in the world."

He said the lakes are arguably the most precious natural resource on the globe.

"This is a big deal to see these warming trends, and the potential implications, even with all the weird stuff going on around the world in 2020. This is an important thing to keep track of," Bramburger said.