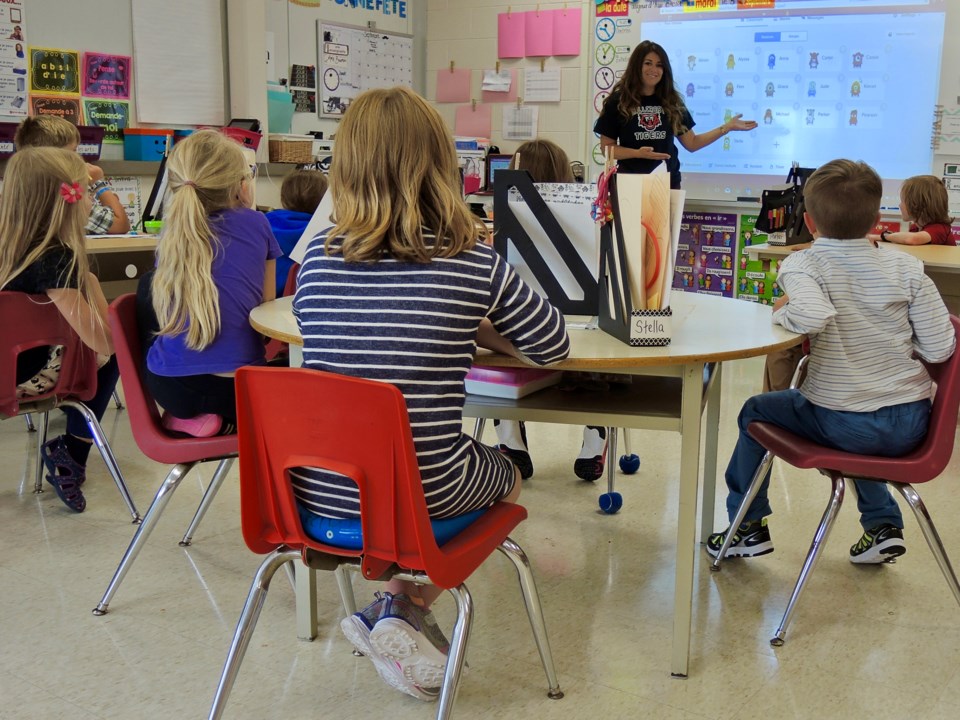 Board officials say they have received positive feedback on the results, and expect to expand the procedures to other schools.

At Westgate Collegiate and Vocational Institute on South James Street, a key fob entry system is now being used for interior doors.

Fob access for exterior doors was already in place system-wide, requiring a swipe card that includes the user's photo and job title.

Manager of Property Services Jim Desaulniers said "That pilot went well, so we decided to do an interior door pilot at a secondary school, and we installed the same type of card readers to control access in and out of the classrooms."

All Westgate teachers and other instructional staff are required to use the cards. Students can exit classrooms but cannot enter without a door being opened for them.

"It's still in the pilot process, but so far the feedback is positive. Teachers control the access to the classroom, and that gives them a sense of control," Desaulniers said.

He said the board's Safe Schools Committee will conduct a review to consider whether the policy and procedures need to be tweaked before the system is expanded to the other high schools.

At Sherbrooke Public School in Northwood, the board is piloting a new camera entry system called Eye Doors at the main entrance.

Desaulniers explained that a number of the board's schools have "poor line-of-sight access," meaning school staff can't see who's at the front door.

"We piloted Sherbrooke because it doesn't have a very good sightline. The system is basically an audio/visual camera in the vestibule. When someone comes in, it rings at the secretary's desk, or it can go to the principal or vice-principal smart phone so they can let someone into the school if they're not in the office."

Desaulniers said a drawback of the old system was that staff were tied to their desks in order to monitor access.

"It's working great, I would say. The secretaries, once they got over the change in technology, have felt more at ease because they know exactly who is in their school at all times."

The board already plans to expand the system to half a dozen other schools where office staff can't easily see the front doors.

As part of its efforts to enhance school security, the board is also in the process of changing the keys to all door-locks.

"We're going to re-key the whole system so that we're starting fresh and we have a record of everybody that has keys," Desaulniers said.

Thunder Bay Country Market to reopen on Saturday
May 26, 2020 3:06 PM
Comments
We welcome your feedback and encourage you to share your thoughts. We ask that you be respectful of others and their points of view, refrain from personal attacks and stay on topic. To learn about our commenting policies and how we moderate, please read our Community Guidelines.
The latest on COVID-19 Local and global updates →
Support local: Delivery, takeout & more
View local businesses