Lakehead stays in top half of primarily undergraduate university rankings 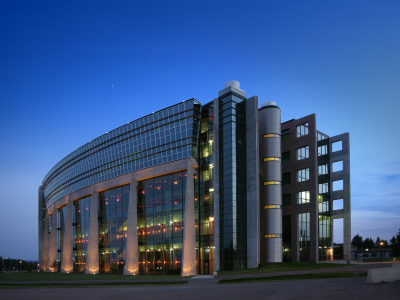 THUNDER BAY — For the second year in a row, Maclean's magazine puts Lakehead University in the number eight spot among 18 primarily undergraduate universities in Canada.

The magazine notes that universities in the primarily undergraduate category tend to be smaller in size and have fewer graduate programs.

Out of five of these schools in Ontario, Lakehead is second only to Trent University which placed third in the country behind Mount Allison and the University of Northern British Columbia.

Lakehead on Wednesday issued a statement saying it was pleased with the recognition, noting that among undergraduate schools in the province it is ranked second for academic supports for students, including scholarships, bursaries and experiential learning programs.

However, it ranks only 17th out of 18 primarily undergraduate Canadian universities for student satisfaction. Laurentian is ranked 19th.

Lakehead ranks 12th for reputation, while Laurentian is 15th.

Among 18 Canadian universities with medical programs, Laurentian and Lakehead's Northern Ontario School of Medicine – the newest medicine program in the country – are ranked last.

Maclean's rankings are based on 14 performance indicators compiled from various data sources as well as surveys of students, university faculty and administrators, high school guidance counsellors, and business people.

City police seek missing 26-year-old woman
Aug 7, 2020 3:48 PM
Comments
We welcome your feedback and encourage you to share your thoughts. We ask that you be respectful of others and their points of view, refrain from personal attacks and stay on topic. To learn about our commenting policies and how we moderate, please read our Community Guidelines.
The latest on COVID-19 Local and global updates →
IT'S PATIO SEASON!
Patios That Are Now Open