Grand Chief Alvin Fiddler raised questions after the death of a man discharged from hospital.
Nov 18, 2019 8:08 AM By: Gary Rinne 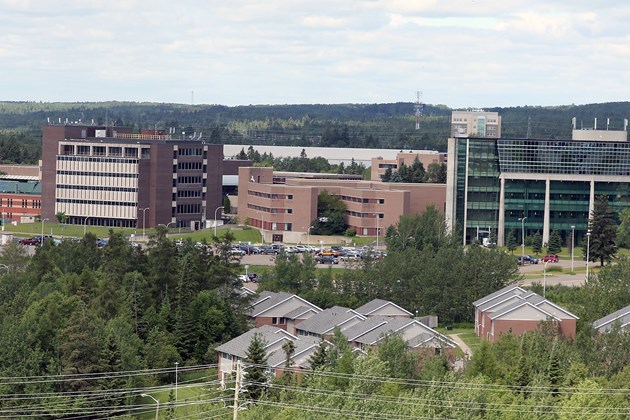 THUNDER BAY — A spokesperson for Lakehead University says the school gives its security guards taxi chits to help ensure the safety of students and members of the public when required.

The university provided clarification of its policy after the issue was raised in a recent letter from Nishnawbe Aski Nation Grand Chief Alvin Fiddler to Thunder Bay Regional Health Sciences Centre.

Lakehead University President Moira McPherson was copied on the letter, as was Dr. Dirk Huyer, the Ontario's chief coroner.

Fiddler asked for an investigation into the death of a 19-year-old Indigenous man who had been taken to the hospital by ambulance on Sept. 26, but released after three hours.

He said that after hospital security staff escorted the man to Oliver Road, he walked to university property nearby where he was found dead by suicide the next morning.

"We are writing...to find out why the hospital would escort a young man who presented at the hospital in obvious distress to a secluded area of the LU campus," Fiddler said.

"We understand this to be so common, LU security guards routinely carry taxi vouchers to give to those they come across who have been ejected by the hospital," he wrote.

In a statement to Tbnewswatch, Lakehead University said "Our Security Services personnel do carry taxi vouchers. The chits are shared primarily with students (but on occasion with someone from the public visiting our campus) who need help getting home safely."

The statement added "If someone is ever found to be in distress on our campus, we call 911."

Fiddler also said in his letter that "we further understand that...police were not notified for some time" after an LU security guard found the 19-year-old man's body.

The statement the university gave to Tbnewswatch did not address that assertion.

The Office of the Chief Coroner is investigating the circumstances of the man's death.

Thunder Bay Regional Health Sciences Centre said last week that it conducted an internal review which determined "appropriate actions were taken and that the right decisions were made by clinical staff based on the information provided to them and the patient's presentation."

However, the hospital said it was studying current procedures with the aim of "addressing the needs of a growing population of patients arriving with substance abuse and mental health issues."

It added that "the unique needs and experiences of Indigenous patients" will be specifically considered during the review.