The president of the Indian Students Association calls the situation in Mumbai 'pretty bad'
May 4, 2021 5:52 PM By: Gary Rinne 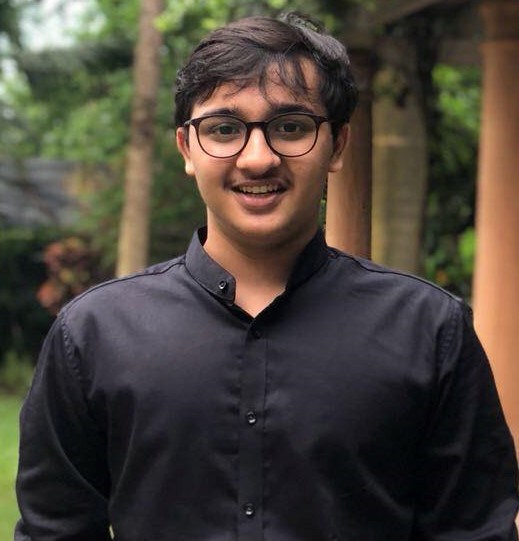 THUNDER BAY —  When Krish Khokhani took a call from a journalist in Thunder Bay this week, it was three o'clock in the morning and he was wide awake.

Khokhani is the president of the Lakehead University Indian Students Association.

He's enrolled in the first year of Lakehead's mechanical engineering degree program, but he's studying more than 12,000 kilometres away, in his native India.

Khokhani is among an estimated 150 of Lakehead's 520 Indian and Pakistani students – the great majority being Indian – who are still at home taking courses online because of the COVID-19 pandemic.

Like dozens of his compatriots, he had planned to travel to Thunder Bay to continue his studies.

That was before the federal government on April 22 banned all passenger flights from India for at least 30 days.

Khokhani had already booked a seat on a May 6 flight.

He's personally aware of 40 to 50 other students who were also preparing to travel to Thunder Bay and said he's sure there are many more.

"All of a sudden, the news pops up that the transport minister banned flights from India and Pakistan. We could not believe any such thing would happen because... Canada was the only country that was taking so many quarantine precautions" for international students already, he said.

But Khokhani said he also understands why Canada has taken this step, given the skyrocketing incidence of COVID-19 in his homeland.

He said he and his family are self-quarantining as a precaution,  and the Indian government has curtailed public gatherings, however, a strict lockdown is hard to impose because so many people need to work daily just to keep food on the table.

Keeping up with his studies has been a challenge, Khokhani said, but he's tried to maintain a routine.

"I used to miss many [online] lectures because of the time zone difference. I used to feel sleepy at times."

Things got better when the university provided access to recorded lectures, but he said the time zone difference is still affecting students' health, eating schedules and sleep schedules.

Khokhani feels that, on the whole, Lakehead has been very helpful to students, especially over the past four months.

"We had a cyber attack within our study break, so they extended that and we got proper time for that. Apart from that, they have a new pass/fail grading system. If you haven't scored good in a particular subject, you can still get the whole credit.  Whatever the university has to do, they are doing great."

Khokhani is unsure when he might be able to travel to Thunder Bay, but hopes it might be possible by the end of July.

James Aldridge, the university's vice-provost/international, estimates that between 70 and 80 students have been caught up in the current travel ban.

"When the news came out that the flight bans were happening, we looked into all the students who had filed what is called COVID quarantine plans with us, and most of them were from India," he said.

Besides online courses, Aldridge said Lakehead offers a range of supports to international students, including both academic and social, "and they continue to be very functional and well-attended."

He said the university also recently implemented a platform called TalkCampus, an app for all students which allows those not in Canada to access mental health services and other supports, including in other languages.

Although LU is currently planning for in-person learning to resume this fall, Aldridge said it's possible some students will remain stuck outside the country and will need to keep learning online.

Concessions for them could include extensions of withdrawal dates and different grading schemes.