Liberal MP Marcus Powlowski was shocked by the military's long-term care report, noting many workers are overworked and underpaid, with a lack of oversight across the board.
May 30, 2020 2:51 PM By: Community Submission 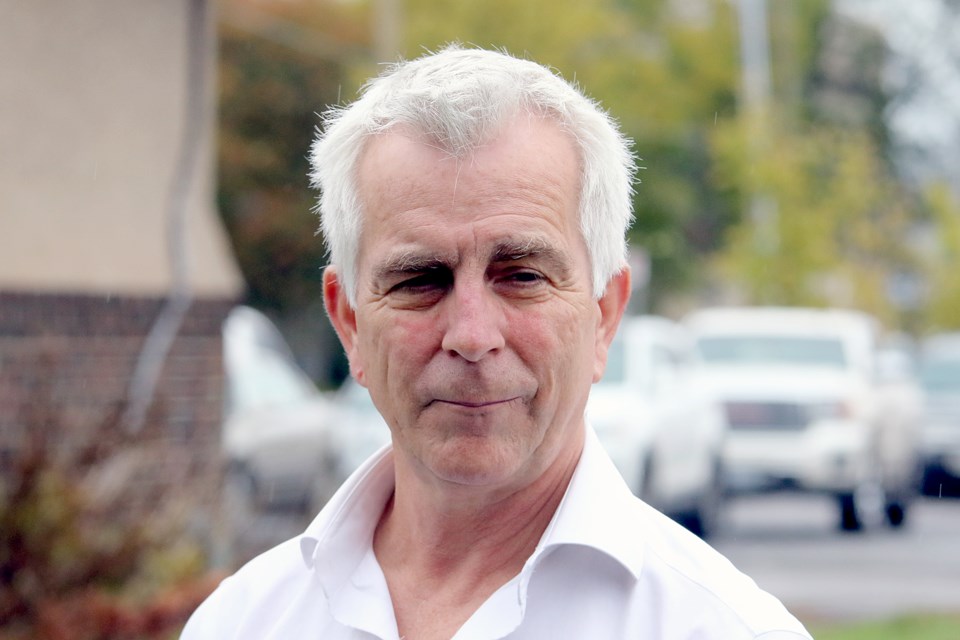 Marcus Powlowski is an emergency-room doctor who says he was a polticial idealist in his younger days and the passion has never really left. (Leith Dunick, tbnewswatch.com)
To the editor:

The report by Canadian army personnel of what they found after deployment to several long-term care homes in Ontario is shocking. I encourage everyone to read it, even if you do not know anyone in a long-term care home. This is a societal issue – the conditions described in the report are as much a product of poor management, underfunding, and insufficient inspections as they are a product of the way we as a society treat our elders.

What do I mean by this? I mean that we all share some collective culpability in this area. Some of the workers in the homes described clearly committed actions that were wrong and inexcusable. But I have little doubt that many of them were poorly paid, overworked due to understaffing and undoubtedly frightened themselves of getting sick. The system they worked in was far from conducive to the best patient care before the pandemic. COVID-19 caused it to deteriorate further.

This is not to paint with a broad brush. Though I do not have oversight over the provincial long-term care system as a federal Member of Parliament, I know as a doctor that there are many great people working in long-term care in Northwestern Ontario and across the country, and many great long-term homes in our communities. But we have allowed a provincial system to degrade with little oversight, allowing successive provincial governments to skirt full-scale reform and leaving us vulnerable to such abuses. In a democracy, it is up to us voters – and I include myself in this – to push for action on the things they value. Short of talks about funding or staffing, I don’t believe we have given the system as a whole enough attention.

For example, our model right now isolates many residents in these homes, placing them on the margins of society where they can be forgotten. Even though I know many families visit their loved ones and take them out often, there are still many residents who do not get this treatment. They are left isolated, often depressed, and vulnerable to abuse. This is not a model that respects them as human beings.

But what then can we do about this?

First, the simplest thing to do is to visit our elderly relatives or neighbours once this pandemic is over, if we have not done so in a while. Or, if we do not have a relative in one of these homes, we should consider volunteering as a friendly visitor. This is an easy step to take and one that can make a world of difference while more long-term change is made.

We should also consider making long-term care, like our healthcare system, universally accessible to Canadians, along with developing better ways to support seniors that want to stay in their homes or live with family. These types of policies will also cost money. We will need to have a serious and sober discussion about costs and the priorities we want to champion as a society.

In the federal Parliamentary Standing Committee on Health, we have been talking about what has happened in long-term care homes for a while. Clearly, we need to do more than just talk. I have advocated in Ottawa for more attention to this issue before the pandemic, and I personally plan to use my healthcare background to keep advocating for change in this area, even after the media storm dies down. We all have parents. Most of us will, if we are fortunate, grow old ourselves. Our children will also hopefully get old. There are few better investments.