Staff say cut could mean fewer books and other resources, despite assurances from city councillors
Feb 15, 2020 11:56 AM By: Ian Kaufman 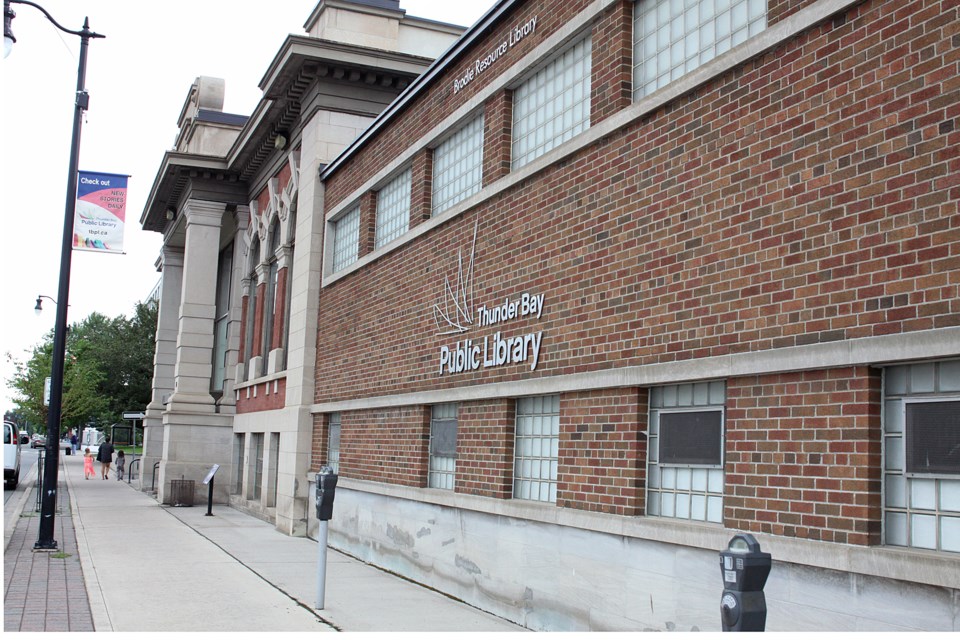 THUNDER BAY – Thunder Bay Public Library staff are challenging assurances by city councillors that a recent funding cut won't impact core services like the purchase of books and other materials. Council voted to reduce the library's capital budget by $50,000 earlier this week, reversing a January decision to spare the institution from cuts.

Shortly before council put its final stamp of approval on the 2020 municipal budget Monday night, Coun. Mark Bentz asked for a re-vote on his Jan. 29 proposal to cut that amount, and move it into a fund that supports local non-profits. The motion had originally failed on a tie vote.

After the meeting, Aiello said the cut was minimal in the context of the nearly $7 million library budget. That total includes the capital budget, now reduced to around $680,000.

“The cut was on capital, so there will be no change as far as the ability to buy books and licenses and stuff like that,” Aiello said. “You might have a few less desks or chairs around, so I don’t believe the impact is that great.”

But library staff say that's not the case. Collections Director Angela Meady says funding to purchase new books, magazines, and other resources comes mainly from the capital budget. Meady sent Aiello an email to alert him to that fact in January, copying several other councillors, but says he did not respond.

To put the figure in context, Meady estimated $50,000 would purchase two full stacks of children’s books. She believes the cut will “very possibly” mean purchasing fewer books and other front-line resources this year.

Coun. Bentz argued council had not truly cut the library’s budget, only reduced a proposed increase. Council approved a boost of just under 1% to the library's operating funding, slightly outweighing the cut to its capital budget. All told, the library’s budget will increase by around 0.6% from 2019.

But with slight increases to staffing costs, and the need for capital maintenance and repairs – especially at its aging Brodie facility – library representatives say an increase well under the rate of inflation could lead to some difficult choices, including purchasing fewer materials and offering fewer programs.

Richard Togman, a director on the library board, expressed frustration with council’s decision, calling it short-sighted. He’s disappointed councillors didn’t reach out to better understand the library’s budget and operations before making the decision.

“We asked city councillors to come talk to us multiple times when they had questions about the budget, [or] understanding the community hub approach,” he said. “We’ve done a lot of outreach to them, and they haven’t really outreached back.”

It’s now up to the library board to adjust its budget to account for the shortfall in expected funds. Togman says its too early to tell where the library will find reductions in spending, but that the organization will do its best to minimize impacts to the public.