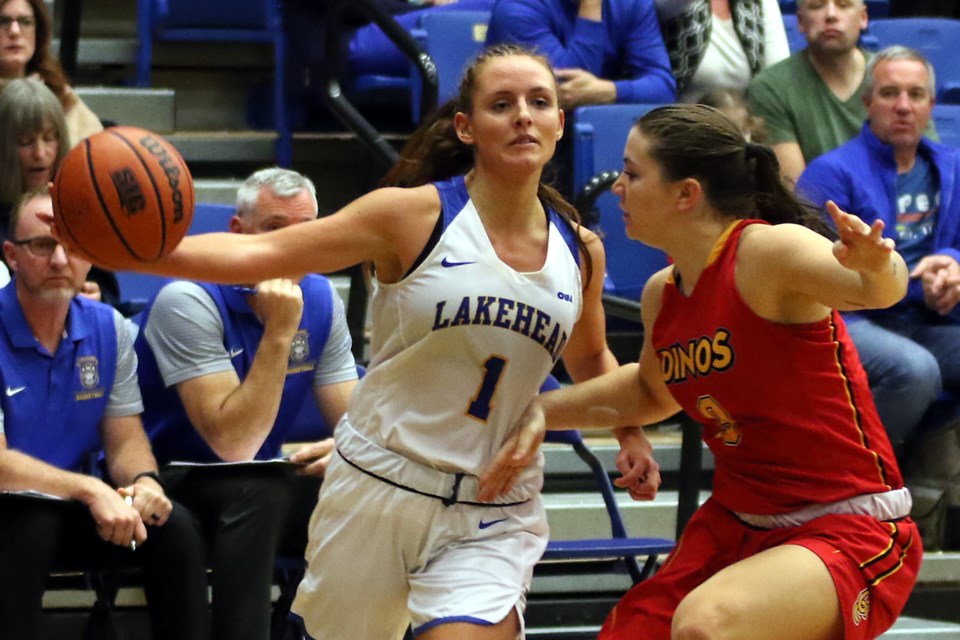 THUNDER BAY – Sofia Lluch is turning pro, but isn’t ruling out a return to the Lakehead Thunderwolves.

The third-year guard on Monday announced she’s signed a contract to play the upcoming basketball season in her home country with CP Miralvalle in Plasencia, Extramadura, Spain.

“This season I will be playing Division II in Spain. That means I am taking a break from school, but rather than a break, I see it as an investment year; it is like if I was running a marathon and someone stopped the clock for me, but let me keep running,” Lluch said in a release issued by the team.

“We are experiencing times of incertitude, and I believe that when nothing is certain, anything is possible.”

Lluch thanked the Thunderwolves for their support, saying it’s a chance she couldn’t afford not to take.

“This is a huge opportunity to keep growing and evolving as a person, and basketball player. It is a blessing to me, and I am so thrilled. I want to thank all the coaching stuff and my teammates for creating that ‘I want to see my whole team winning’ mentality, and for believing in, and supporting me,” she said.

“With so much uncertainty during these unheralded times, I am very glad and excited for Sofia that she has found a place to play. Sofia will be well coached and will play with some very, very good players in Spain this year,” Kreiner said.

“Sofia had a terrific second half of the season for us and now she gets to build on that success and develop in a very competitive environment. We wish Sofia all the best with her new team and we will welcome her back with open arms after this year.”

Lluch was an OUA all-rookie in 2018-19 and averaged 14.1 points per game last season, shooting better than 43 per cent from the floor. She’ll be allowed to return to Lakehead and won’t lose eligibility because the rule governing professionals returning to Canadian university does not apply to women’s sports. The OUA has cancelled all fall sports and won't return to competition before at least Jan. 1, 2021.