Local anthropologist talks about the "hobbits" of human evolution

Dr. Matt Tocheri led a presentation on what is known about the extinct human species known as Homo Floresiensis.
Oct 15, 2016 4:50 PM By: Nicole Dixon 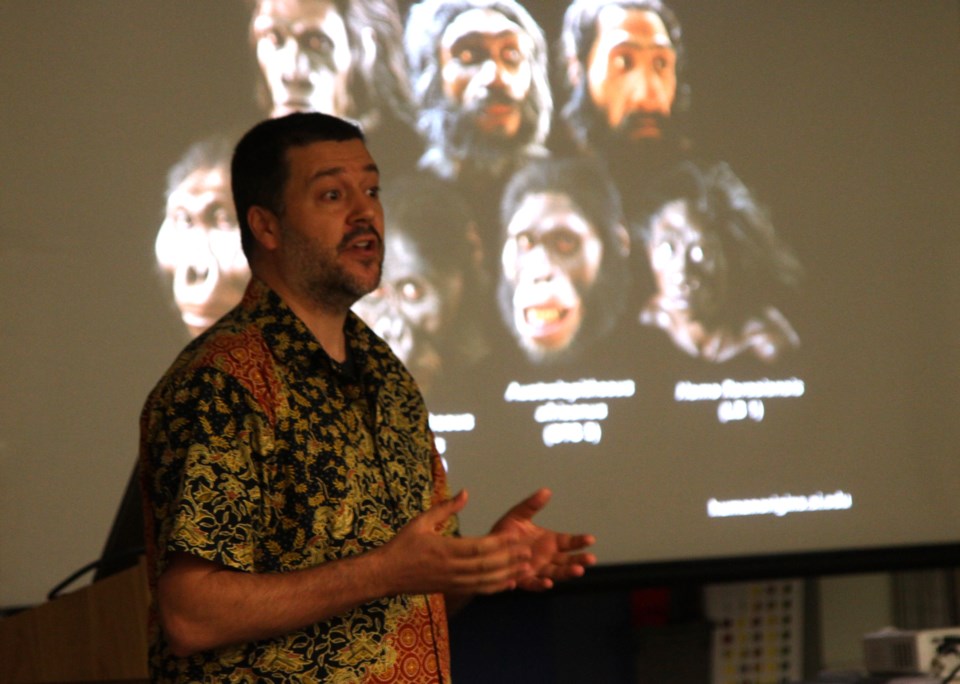 THUNDER BAY – Local anthropologist says in order to face the many challenges of the world, it’s important to learn about extinct human species.

Lakehead University has partnered with the Thunder Bay Public Library to offer the In Conversation Speaker Series, a series providing an opportunity for the general public to learn about research happening at the university.

Experts from the university will be providing six academic-style lectures in the Waverley Library Auditorium at 2 p.m. from October till May.

Saturday’s lecture was led by Canada Research Chair in human origins Dr. Matt Tocheri who discussed what is known so far about the extinct human species known as Homo Floresiensis or the hobbits of human evolution.

“We face many global challenges as a species, especially, as caretakers of the planet and to understand our own evolutionary history provides us with an important perspective on those challenges.”

Tocheri said other humans have gone extinct in the past, and we are the last ones left, so it’s important to be ready to respond to the challenges of the world.

For more than a decade Tocheri has dedicated his life to digging in the dirt to discover more about Homo Floresiensis.

“What is so extraordinary why this species captures so much global attention is because they are very interesting in terms of their anatomy and their biology,” Tocheri said.

“They are very short, they have very small brains, they share the small canines and walking around on two legs like us, but most importantly they lived at the same time as our species.”

Tocheri said it was thought Homo Floesiensis survived up until about 12,000 years ago, but the more recent excavations of the site have revealed they date back to about 50,000 to 60,000 years.

“There is a significant amount of time where we overlapped with Homo Floresiensis,” he said.

“Whether or not we were on the same Island is still the big question, and that’s what our research is trying to answer.”

Tocheri hopes his presentation will raise some interest when it comes to our origins as a species as well as the origins of the evolution of other species that until not so long ago were still living on the planet.