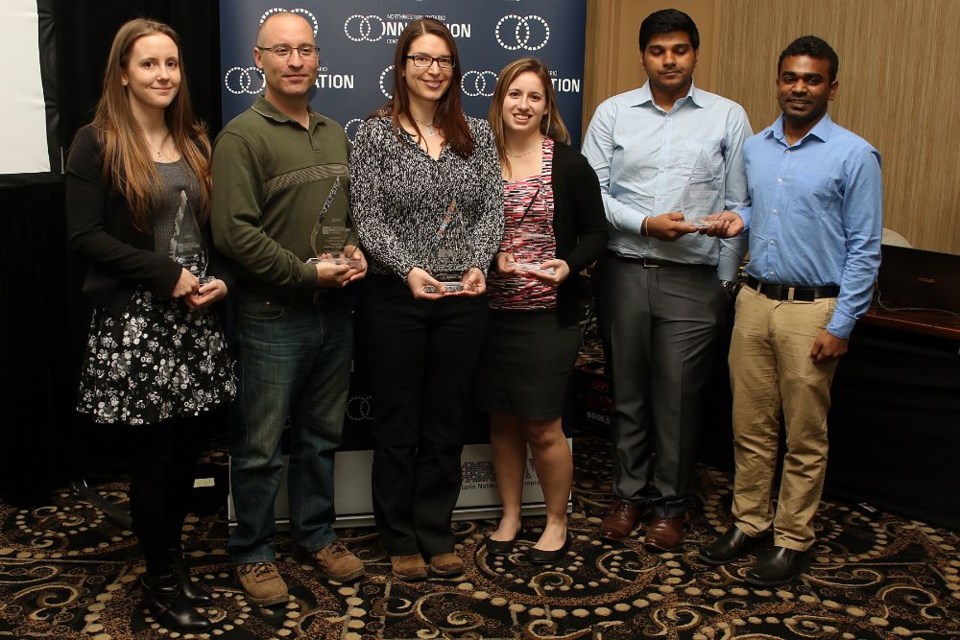 THUNDER BAY -- Innovation can come from just about anywhere.

For Brain Shift’s Shayna Parker, the idea for a game to help stroke and brain-injury patients regain use of their hands came from a discussion with a co-worker studying motor learning.

“I said that’s a cool idea, I can turn that into something fun (and asked) if I could play with the idea,” said Parker, one of five individuals and companies who earned Northwestern Ontario Innovation Centre Innovation Award winners on Wednesday.

Parker, who won the young innovator of the year award, said the game is still in its formative stages, so she can’t reveal too much about how it works.

It’s weird to win, she said.

“It’s crazy,” Parker said. “My background is academic, so I never expected two years ago that I’d be at an innovation awards sitting here. To actually win for something I thought of is really cool.”

Dingwells’ manager of innovation Brad Graham said his company’s project is an electronic separator that does not use moving parts like a conventional crusher used in the mining and archaeological industries.

“It uses an intense burst of light, similar to a lightning bolt, contained in the vessel,” Graham said. “What it does is it cleanly separates materials. Currently the only process break the material while it separates. This unit will not break anything.

“You can take diamonds out of rock, you can take fossils out of stone and it gives you perfect separation with no contamination.”

Graham was grateful for the award, adding it’s important to recognize innovators in the region for their work.

“There is so much around here, it’s amazing,” he said. “I so quite a bit with the Innovation Centre and some of the things coming out of here are completely amazing. We’ve got to get the word out. There is so much innovation in this area.”

NOIC manager Judy Sander said innovation and entrepreneurship are increasingly becoming driving factors in the region’s economy, which is why it’s important to celebrate the success stories.