Thunder Bay, ON -- Imagine there was a more effective way to study the brain while treating Alzheimer’s disease. The Weston Brain Institute is providing $709,650 to Dr.
0
Jun 15, 2016 10:16 AM By: TbNewsWatch.com Staff 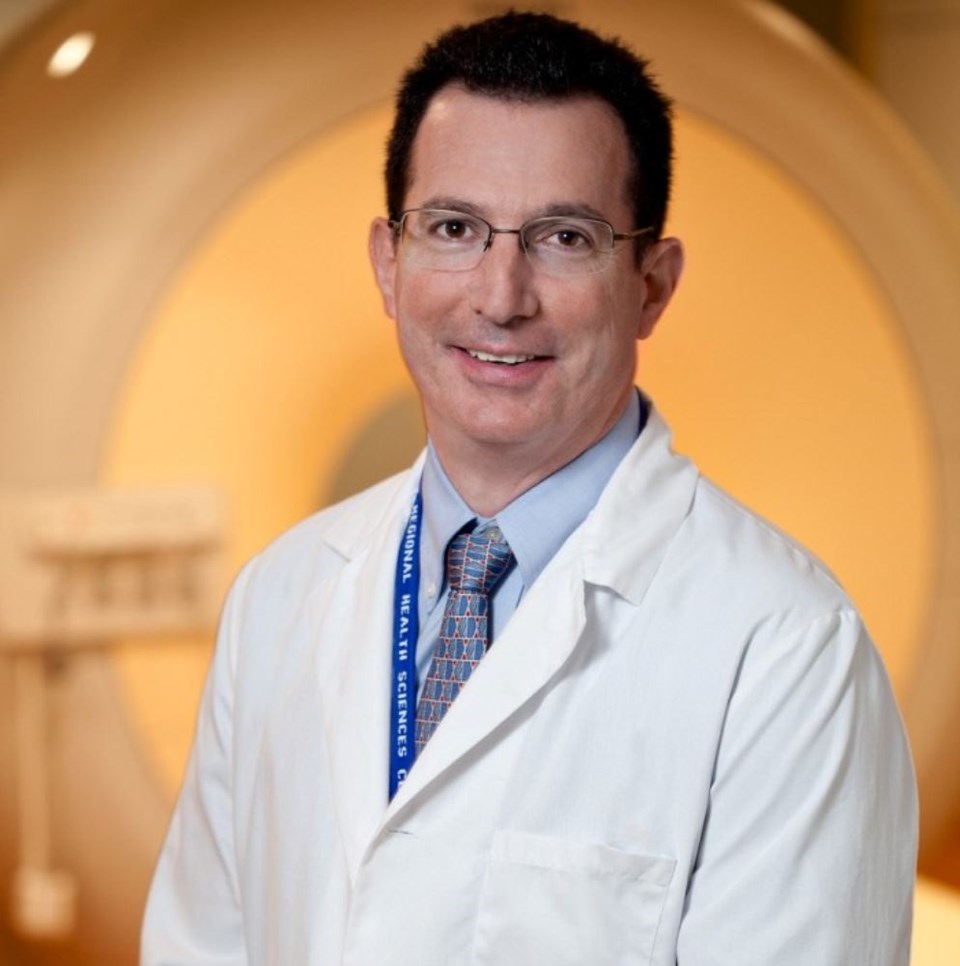 Thunder Bay, ON -- Imagine there was a more effective way to study the brain while treating Alzheimer’s disease.

The Weston Brain Institute is providing $709,650 to Dr. Mitch Albert, a researcher at Lakehead University and the Thunder Bay Regional Research Institute (TBRRI), to do exactly that.

“The goal of this research is to provide a more sensitive measurement of brain function in Alzheimer’s patients using hyperpolarized xenon,” Dr. Albert said.

He believes that when patients inhale hyperpolarized xenon gas, it will allow researchers to take a clearer picture of the brain when using an MRI (magnetic resonance imaging) machine.

This study will be the first large scale clinical trial in the world using hyperpolarized gas to take an image of the brain.

“Development of effective Alzheimer’s drugs has been largely unsuccessful,” Dr. Albert said. “But the enhanced detection capabilities of our hyperpolarized technique with MRI will encourage an evidence-based approach to drug development, since more people will want to participate in clinical trials. This will also allow for the evaluation of new drugs.”

Dr. Albert will work with Dr. Alla Reznik, Canada Research Chair in Physics of Molecular Imaging and researcher at Lakehead and TBRRI; Drs. Seda Rafilovich and Anton Kolobov from St. Joseph’s Care Group, practicing geriatricians and experts in Alzheimer’s disease management; and Dr. Ayman Hassan, a neuroradiologist from the Thunder Bay Regional Health Sciences Centre who will assist with clinical oversight of the neuroradiology aspects of the study.

Neuroscientists Dr. Jane Lawrence-Dewar from TBRRI and Dr. Jonathan Marotta from the University of Manitoba are collaborators on the project. TBRRI also has an in-house biostatistician for statistical analysis of the study’s results.

Dr. Andrew Dean, Lakehead University’s Vice-President, Research and Innovation, said research into Alzheimer’s disease is some of the most important work happening in the biomedical sector.

“With an aging population, Northwestern Ontario is home to many patients that are more susceptible to developing Alzheimer’s disease,” said Jean Bartkowiak, President & CEO, Thunder Bay Regional Health Sciences Centre and CEO of the Research Institute.

“Dr. Albert’s work, along with the generous support of the Weston Brain Institute, will allow us to better understand the disease, develop treatments to combat it, and ultimately improve the care we provide through patient-centred research.”

The Weston Brain Institute funding is for three years.