Local teachers, education workers to walk out on Wednesday

One-day strike will likely force all public and Catholic Board schools to close for a second time in two weeks.
Dec 13, 2019 1:52 PM By: Leith Dunick 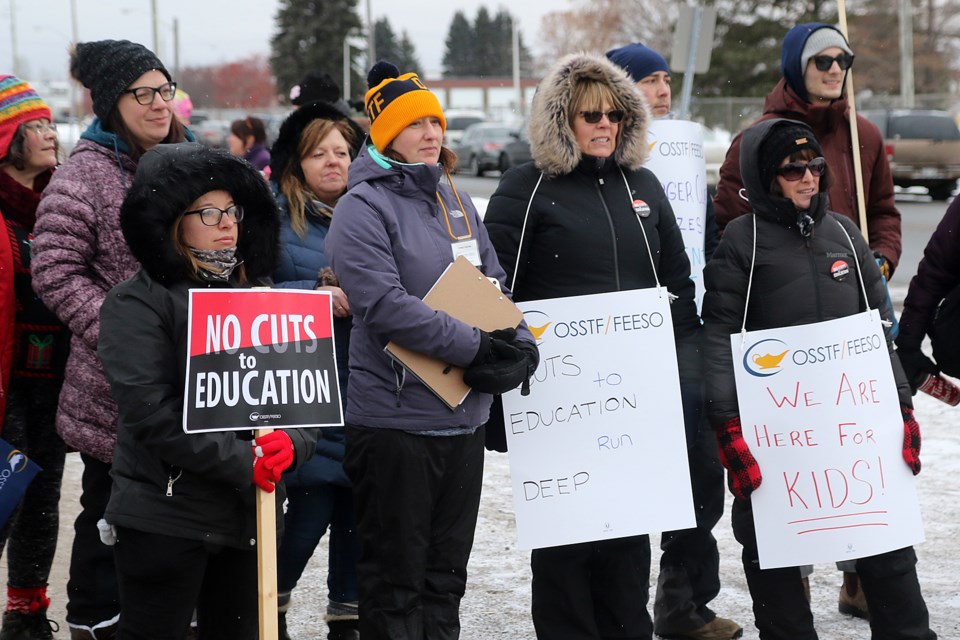 THUNDER BAY – If no deal is reached between now and Wednesday, teachers and education workers in Thunder Bay will walk off the job for a second time in two weeks.

The union is fighting to maintain a 22-student cap on class sizes, the end of mandatory online classes for high school students and a cost-of-living wage increase tied to inflation, instead of the one per cent cap offered by the province.

Teachers have staged rotating one-day strikes across the province since landing in a legal strike position.

The last strike shut down all public and Thunder Bay Catholic District School Board schools in the city, as OSSTF education workers are employed at all schools in the two boards. Union members at both boards will be involved in next week's walkout.

Lakehead Public Schools on Friday issued a statement confirming all of their schools, as well as the adult education centre, will be closed if the one-day strike goes ahead. Parents and guardians are encouraged to make alternative child-care arrangements, but did note all daycares located inside elementary schools will remain open.

Community-use permits are being reviewed, but all field trips, transportation, before- and after-school programming and sports and co-circular activities will be cancelled for the day.

The union must give five days notice before walking off the job.