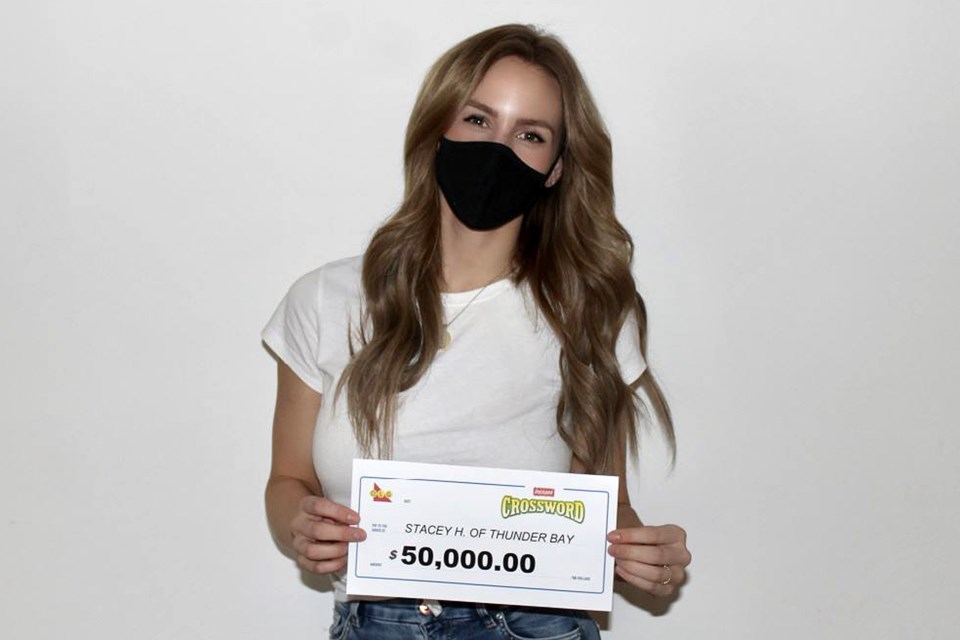 THUNDER BAY – Stacey Hutton has a way with words.

The 30-year-old, who describes herself as an occasional lottery player, recently hit it big with the Quest for Gold Crossword game, turning a gift from her husband, Buffalo Sabres goaltender Carter Hutton, into a $50,000 jackpot win.

“I love instant tickets and get them as gifts from friends and family. This ticket was a Christmas gift from my husband."

She added at first she didn’t even realized she’d won such a large amount.

“I thought I matched seven words, but my dad looked at it and said it looks like more. When we listed each word and realized I matched 11 words, I thought my family was pranking me,” Hutton said.

“It was so surreal, I barely remember the moment,” Hutton said in an OLG release, issued on Monday.

She said she plans to save some of the windfall for some family fun, but also plans to give some of it back to her community.

“I’ve decided this is an excellent opportunity to make some donations to charities who have taken a hit during the pandemic,” Hutton said.

The winning ticket was purchased at a Mac’s on Dawson Road.