Looking for a solution

After five youths in Pikangikum First Nation committed suicide in 44 days, Nishnawbe Aski Nation Grand Chief Stan Beardy said the solution has to come from within the communities.
Sep 1, 2011 4:53 PM By: Jodi Lundmark 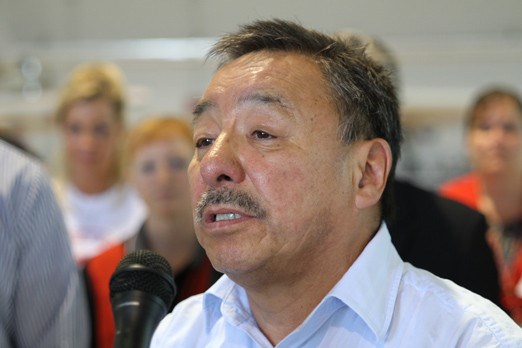 “I feel strongly that no one cares,” Peters states in the letter. “We cannot live alone within the boundaries of our reservation and think that this is the way life is. This is not normal.”

Beardy said Thursday that he believes First Nations people need to take ownership of the issue.

“I think we need to identify what is the problem and what are the solutions and go outside once we develop a strategy where we need help from outside government and other agencies,” he said.

There are several reasons the youth experience such hopelessness and Beardy and Peters both identified housing as an issue.

In his letter, Peters said that all community homes, more than 400 of them, in Pikangikum don’t have running water and another 200 housing units are needed.

A lack of economic, educational and recreational opportunities for youth also contribute to the problem, said Beardy, adding the communities’ chiefs are working towards self-sufficiency and creating opportunities for their people.

“I think what needs to be provided to the young people to prevent them from taking their lives is hope,” he said. “I think hope can be provided by telling those young people, demonstrating to young people, there can be a better tomorrow by participation in the global economy.”

Beardy when tragedies like this happen, it puts faces on the statistics for people living outside of the remote communities.

“These are loved ones, somebody’s children, somebody’s grandchildren,” he said. “Somebody’s brother or sister. For the community to lose five young people in 44 days, that’s a crisis.”

The grand chief feels that if this happened in any given Canadian municipality, there would be an outcry; something would be done.

“That’s what we’re trying to do here, to create an awareness that something drastic is happening,” he said.

NAN leadership is doing what they can to encourage the government to create programs they deem essential to address the problems youth face.