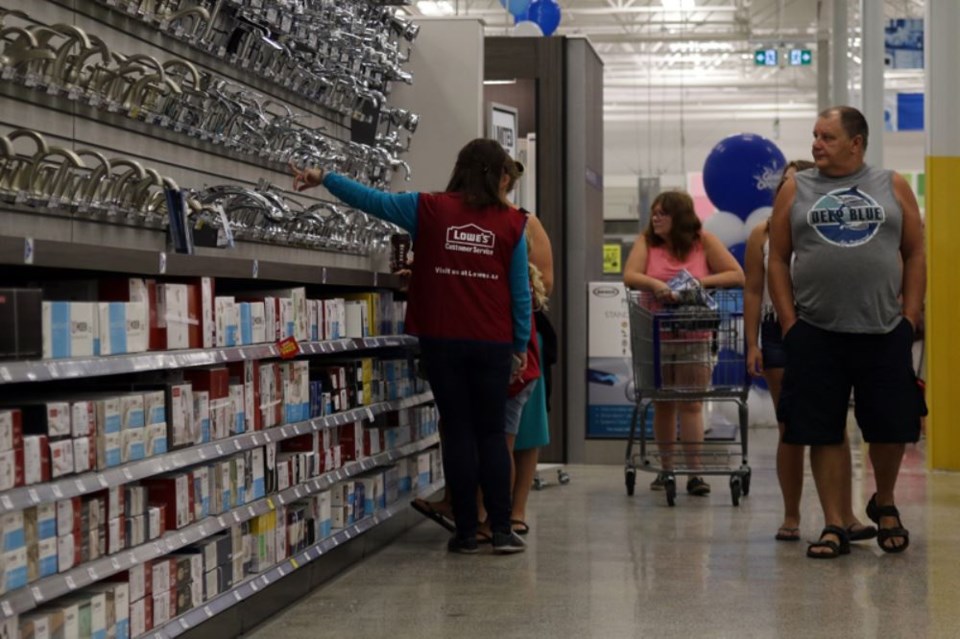 THUNDER BAY – A staff member at Thunder Bay’s Lowe’s location confirmed the store will be closing by the end of January after little more than three years in the city.

“Sad day for Lowe’s in Thunder Bay … staff brought in and told our store is closing January 31 2020 – we are one big family at our store so we are all in shock and hurting,” said someone with the handle @RosiePosie61 on Twitter.

The company’s corporate office would not immediately  confirm or deny the news. However, on Wednesday morning head office issued a statement saying it plans to close 34 underperforming stores across the country, including Lowe’s and RONA outlets.

A request for comment from Intercity Shopping Centre, where the store is housed, was not immediately answered.

Lowe’s closure marks the third store to go out of business at that location in the past six years. Zellers shut its doors in early 2013. Target Canada took over the space in July 2013 and went out of business in April 2015. Lowe’s opened at the mall in August 2016.