Making waves in the UK 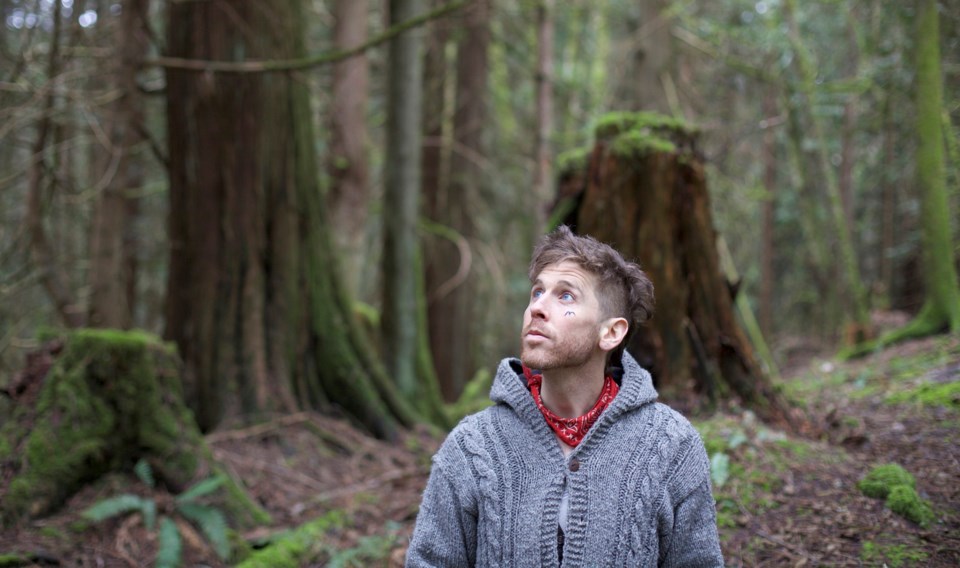 Jesse Thom’s solo album, Snowdragons, was named one of the best albums of 2016 by Folk Radio UK.

THUNDER BAY - Musician Jesse Thom spent more than 10 years growing up in Thunder Bay. Through the long, cold winters he spent much of his time inside writing and creating music. Those winter days and nights still inspire his music today and his most recent release, filled with memories of growing up in Thunder Bay, is being recognized as far away as the United Kingdom.

Folk Radio UK has listed Thom’s solo album, Snowdragons, as one of the 10 best albums of 2016, an honour he says is very humbling.

“When I went and read the article, the other musicians on the list were musicians that I really looked up to,” Thom said. “I felt really honoured to be on the list, and excited, and also proud because I’ve been working really hard on that album to get it out there.”

There were a number of factors that lead to the success of Snowdragons across the ocean. According to Thom, a fan of one of his former bands is a go-between between the Canadian folk music scene and Folk Radio UK, which may have introduced his work to folk music lovers there.

Last spring and summer, he also toured the UK to sold-out shows, bringing his music to even more listeners. And finally, he worked at a meditation retreat in Southern England with more than 200 participants, including an English television star who mentioned the album on social media.

“It’s weird how all these seemingly separate incidents pointed to the UK and just kind of landed in the right way at the right time,” Thom said.

Thom, who now lives on the West Coast, was born in Hinton, Alta, but spent his most impressionable years in Thunder Bay. He arrived in the city in the early 90s and graduated from Westgate C.V.I. During his time in the city, he played drums with the punk band, Strychnine.

His time spent in Thunder Bay during those long winters played a significant role in his creativity, which is reflected in his work today, particularly on the album, Snowdragons.

“Most of my creativity is happening in the winter so I’m surrounded by snow typically,” he said. “So out here on the West Coast, I really missed the snow. There isn’t as much out here. So I often find that I’m drawing on memory and experience.”

“There are so many references to snow and winter throughout the album,” Thom continued. “Thunder Bay has been my snow town.”

While the album draws on other experiences and places, Thom calls Thunder Bay a sort of a feeling zone for him.

“It’s just so full of life,” he said. “When I bring the experience of Thunder Bay into my body, it was such a crazy time. Anytime I’m singing about snow and winter, there is some vestige of Thunder Bay in there and to that extent it’s an homage to Thunder Bay as a town.”

And while the snow and long nights may have served as inspiration for his music, Thom said growing up in the city has helped shape who he is as a person by the challenges and obstacles he faced, and being part of what he calls a pretty rough punk scene.

“After you get out of that and you see how much you’ve grown through those challenges, it brings a weird kind of sweetness and a weird sort of nostalgia,” he said. “Being in those times in our life when we are not in our comfort zone and really being challenged and growing and we’re rubbing up against something called reality in a big way that is hard to control and manage. There’s something really beautiful about having lived through it.”

After receiving such widespread recognition, Thom said there is some added pressure, but he only looks up when he has to and he will keep pushing on with several new projects.

Thom plans on rereleasing Snowdragons with an accompanying illustrated book of poetry this winter, and his newest project is a picture booked entitled Some Bunny Loves You, which will be accompanied by a touring puppet show later this spring.

“It’s sort of an odd thing, the sense of achievement to those of us who are really committed to the art of it and put our heart into the work,” he said. “The recognition is nice in the extent it helps to get whatever it is we value in our work and get it out there.”