Man in custody after overnight standoff 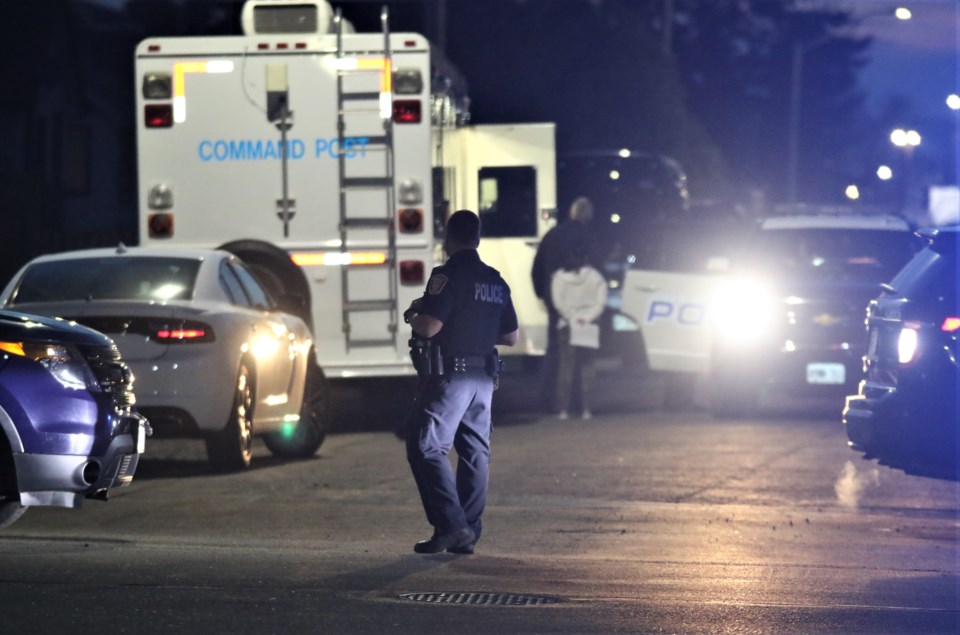 Police were involved in an overnight standoff at a Centre Avenue residence Friday. (Leith Dunick, tbnewswatch.com)

THUNDER BAY - A man has been taken into custody after an overnight standoff in the Mary Street West area. Thunder Bay police say public safety was maintained at all times during the incident at a Centre Avenue residence.

Police responded to "reports of an unwanted adult male" just after 8 p.m. Friday. Police response on the scene included about half a dozen vehicles, marked and unmarked, and a command post unit, including negotiators.

Police advised the public to avoid the area due to an investigation Friday evening.

The male, who police say was in crisis, was taken into custody just before 6 a.m. Saturday. No firearm was involved, and no officers were injured. Police would not comment on whether force was used or if the man was voluntarily taken into custody, citing the domestic nature of the incident.

The male is now facing a charge of breach of a court order.