Structure to be closed for much of the summer as city council approves $1.3 million in repairs, acknowledges public concerns
May 25, 2020 10:03 PM By: Ian Kaufman 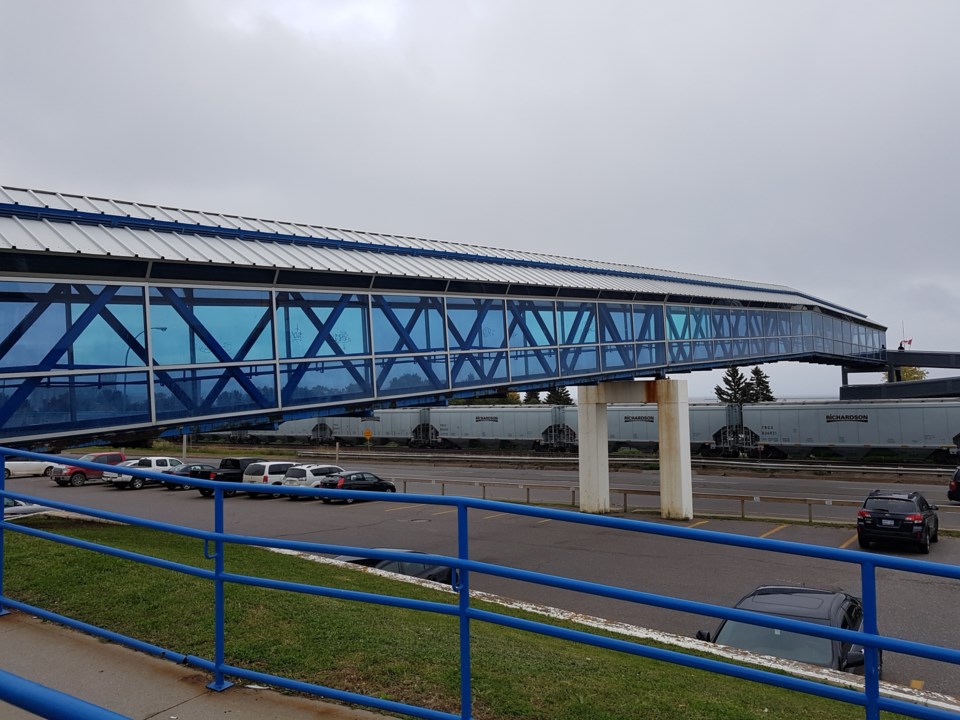 THUNDER BAY – The pedestrian overpass at Marina Park will close for much of the summer for repairs. City council gave the go-ahead to an estimated $1.3 million repair job Monday night, while noting public concerns about the structure.

The work will see the pedestrian bridge removed for about 12 weeks beginning in July for badly-needed structural repairs. A report from city administration indicated the structure was experiencing significant corrosion and section loss in its steel supports, and could not be kept open past this year.

The contract for the repairs was awarded to the Tom Jones Corporation, which originally built the overpass in 1994. The company submitted the lowest bid for the work, coming in nearly $500,000 below the city’s pre-tender estimate.

While councillors unanimously approved the repairs, several expressed concerns that the structure had become a magnet for loitering and drug use.

“In my dealings with the public, the general consensus is that people don’t feel safe going through that overpass,” said. Coun. Albert Aiello. “Are there any safeguards that are planned, any type of security [or] maintenance that’s going to prevent people from urinating and doing drugs in there?”

City administration acknowledged receiving such concerns from the public, but said those had declined since implementing measures like more frequent cleaning and an increased security presence in the past two years.

Coun. Brian Hamilton said the city should consider beautification work on the structure, but none is currently planned.

Several councillors wanted to see a longer-term plan to replace the overpass with a street-level crossing at Red River Road. It’s an option that would need to be negotiated with railways, said director of engineering Kayla Dixon, who added the city would pursue the possibility “as we move forward with some future plans for the reconstruction of Red River Road.”

Dixon has previously said railway companies were open to the prospect, but would likely require the closure of the nearby level crossing at Camelot Street as a precondition.

Work on the overpass is expected to be completed in October. The city expects the repairs to extend the life of the structure for around 20 years.