More evidence emerged of possible extortion attempts by Keith and Marisa Hobbs during a recorded statement by Mary Voss to OPP in April 2017
Dec 2, 2019 5:17 PM By: Doug Diaczuk 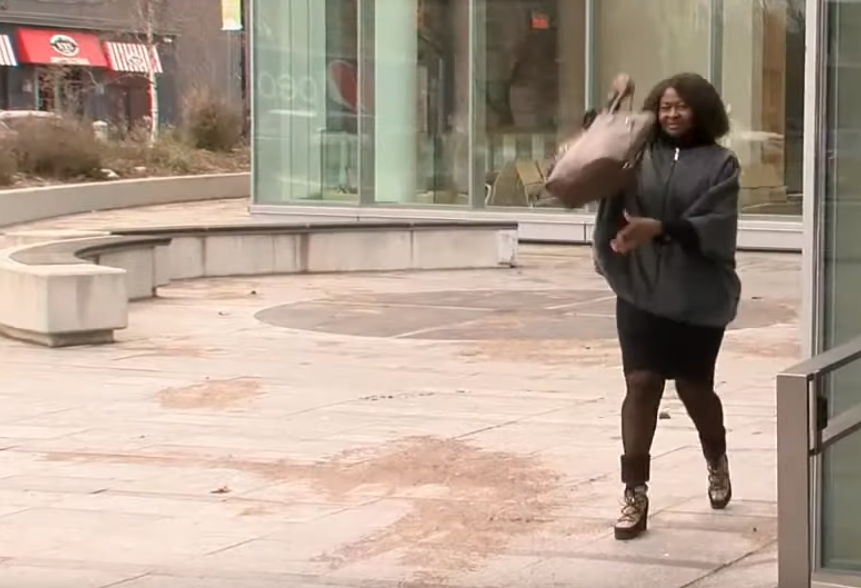 THUNDER BAY - Marisa Hobbs is someone you 'can’t say no to,' Mary Voss told the lead investigator in the extortion trial against fellow accused Marisa and Keith Hobbs, but she continued to deny any attempts to withhold information from police related to the alleged victim in exchange for a $429,000 house.

The second videotaped statement made by Voss to Det. Insp. Martin Graham with the Ontario Provincial Police was shown in court Monday afternoon.

The video, more than four hours in length, was recorded on April 27, 2017 and was the second recorded statement by Voss to Graham.

Graham asked Voss why she allowed Keith and Marisa Hobbs to get involved with what he called negotiations with the alleged victim to purchase a home for Voss, including Keith Hobbs drafting an agreement and Marisa Hobbs looking at houses with her.

“Why did you allow them? Did you want to get them in trouble?” Graham asked.

“I didn’t want anyone to get into trouble,” Voss replied.

“Then why did you allow anyone to do this? You were supposed to be their friend as well. Why would you let them be involved in this?”

“Marisa is somebody who won’t take no for an answer,” Voss said. “I was looking for a house that would be $250,000. Marisa said those houses are ugly.”

Graham portrayed Marisa Hobbs to Voss as someone who was only seeking to benefit herself and only cares about money and image.

“I don’t care about money and image,” Voss said.

“Marisa does though,” Graham said. “So it’s not complicated to work out why there has to be some benefit for Marisa to search out a $430,000 house. There has to be a benefit to Marisa."

Voss continued to deny that Marisa Hobbs was negotiating on her behalf, saying she never asked her to do so as part of a deal to not go to police with possible video evidence of criminal activity by the alleged victim.

“What I did was, I went to the Hobbs for help,” Voss said. “I didn’t go to negotiate. Marisa saw the video and said he has to buy you a house. You deserve better.”

Voss referenced Marisa Hobbs saying the victim needed to purchase her a house and that she went to the victim to discuss the matter, including taking over an existing property owned by the victim, which Voss said she did not want to do.

“I didn’t negotiate with nobody,” Voss said. “Why would I ask for that when (the victim) wanted to give me $1.8 million in RRSPs?”

“(The victim) said stuff that was so ridiculously stupid. You didn’t believe it,” Graham said. “You don’t think for one moment he would give you $1.8 million.”

Graham also referred to a text message between Marisa Hobbs and Voss on Nov. 17, 2016 after they viewed the house listed at $429,000 where Marisa says to Voss: ‘You won.’

“When somebody wins, that means somebody else loses,” Graham said. “So if you’re the winner, who’s the loser. It can only be one person in this particular case. That’s the victim. So why on earth do you keep the pretense up that you don’t know what’s going on. You know exactly what’s going on.”

Justice Fletcher Dawson questioned Crown Peter Keen about Graham making reference to an offer being made on the house and whether there was any evidence of that.

Keen said there was no formal offer made, and Brian Greenspan, who is representing Keith and Marisa Hobbs, added there was no offer at all, formal or otherwise.

Even more evidence of possible extortion came forward when Graham referenced a message between Voss and another individual who cannot be named.

According to text messages, the individual said to Voss in relation to negotiations to purchase the $429,000 property: ‘just a house? That’s it?’

Graham also referred to an earlier witness in the trial, Craig Loverin. Voss said she was told he was a trained assassin by the alleged victim and she was afraid, but Graham believes she was told to say that by Keith and Marisa Hobbs.

“They went to you, to use you, to make sure that you said everything negative about Craig Loverin, because then it might look more like Craig Loverin as a witness or a complainant to make him look worse than he was,” Graham said.

Throughout the video, Graham questioned Voss’s ability to recall details from the period between October and November 2016, saying she only seemed to have trouble remembering details that cast her in a bad light.

“You’re not being honest and forthright, the gig is up. It’s done,” Graham said. “You don’t have anything more to lose, except for the truth. And then you’re going to get some peace.”

The remainder of the video statement will be shown to the court on Tuesday as the trial continues. Defense counsel has not yet had an opportunity to cross-examine Graham’s testimony.