Local network of mental health and addictions groups call for 40 bed crisis centre to address growing need.
May 13, 2020 10:01 AM By: Ian Kaufman 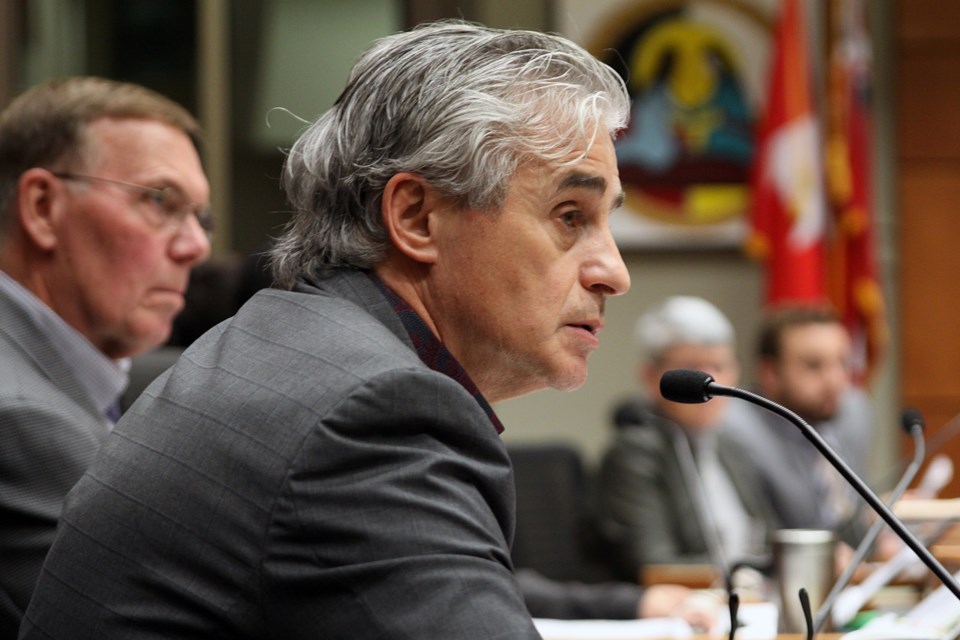 THUNDER BAY – Mayor Bill Mauro is throwing his support behind calls for a mental health and addictions crisis centre in Thunder Bay. Advocates say the facility would provide badly-needed support for those who are struggling and take pressure off of emergency services like police and the regional hospital.

The mayor has referred a briefing note from the Thunder Bay Mental Health and Addictions Network, a coalition of over 20 local organizations in the sector, to the provincial government.

The document suggests the city is in need of a 40 bed, 24/7 crisis centre, with 20 beds for withdrawal management and 20 crisis beds. Advocates envision the centre serving as a hub to provide short-term crisis suport and connect patients with other resources in the community.

“While these issues are occurring in many other cities across the province, I know you appreciate that there are some unique factors contributing to the situation we are witnessing in Thunder Bay,” the letter reads.  “The development of a crisis centre would have a significant impact on alleviating pressures on current mental health and addiction services, emergency shelters and homelessness programs, and emergency/crisis services in our community.”

Local service providers say there’s not nearly enough capacity to help those battling mental health and addictions issues. The 22 bed withdrawal management program at the St. Joseph’s Care Group’s Balmoral Centre turned away 2,555 individuals in 2018/2019, the organization reports, slightly more than the number it was able to admit.

“The need has grown exponentially each year,” says Vice-President of Addictions & Mental Health Nancy Black. “We’re starting to see a significant increase in terms of folks presenting with mental health and substance issues.”

Advocates say the centre would require capital investment and base funding from the province, while local service providers would support its daily operations. Black estimated that a 40 bed facility of the kind the network envisions could require roughly $1.5 million to $2 million in annual operating funding. That’s in addition to capital funding to build or renovate a space for the centre.

Children’s Centre Thunder Bay CEO Diane Walker, a co-chair of the Thunder Bay Mental Health and Addictions Network, says the initiative would lead to savings in other areas by reducing the demand on emergency services including police, EMS, shelters, and the regional hospital.

“Those of us that have had to go to the emergency department know there are lots of people who are struggling with mental health and addictions issues lining the hallways,” she says. “That’s not the best place for them, nor do they want to be there. It puts a lot of undue pressure on the hospital, [which] should be for people in acute health crisis.”

Black says that’s an issue the crisis centre would go a long way toward addressing.

“It would have a significant impact on police services, who spend an extraordinary amount of time at the emergency department when they need to bring someone there for care,” she says.

The CMHA estimates about one quarter of those taken to the emergency department for mental health and addictions issues could be diverted to a crisis centre instead. There have been over 6,800 such visits to the ED over the past year.

Cynthia Olsen, drug strategy coordinator for the City of Thunder Bay, says the ask for a 40 bed facility came out of a close look at local numbers like those, as well as capacity in comparable communities.

“While it’s not exact science, we anticipate [the beds] would likely be well-utilized, and there’s the possibility it still might not be enough,” she says.

The province’s response to the ask remains to be seen, though Mauro says he's encouraged after a recent visit from Associate Minister Tibollo, who asked him how the province could help fill local service gaps.

“I can tell you the conversation I had with the associate minister seemed positive,” he says. “I think he’s very much aware of the need in the city [and] right across the province. Mental health and addictions really has the ear, I think, of senior orders of government now. He knows the need is there.”

Still, Black warns the initiative will take time even if it does receive support.

“This is not something that’s going to happen overnight,” she says. “Any request for capital development certainly takes time – we’re not talking months, we’re probably talking years.”