Mayor says move from green to yellow may be prudent

Bill Mauro says he'd rather the province err on the side of caution to keep people safe, in the wake of a surge of COVID-19 cases in Thunder Bay over the past week or so.
Nov 19, 2020 3:26 PM By: Leith Dunick 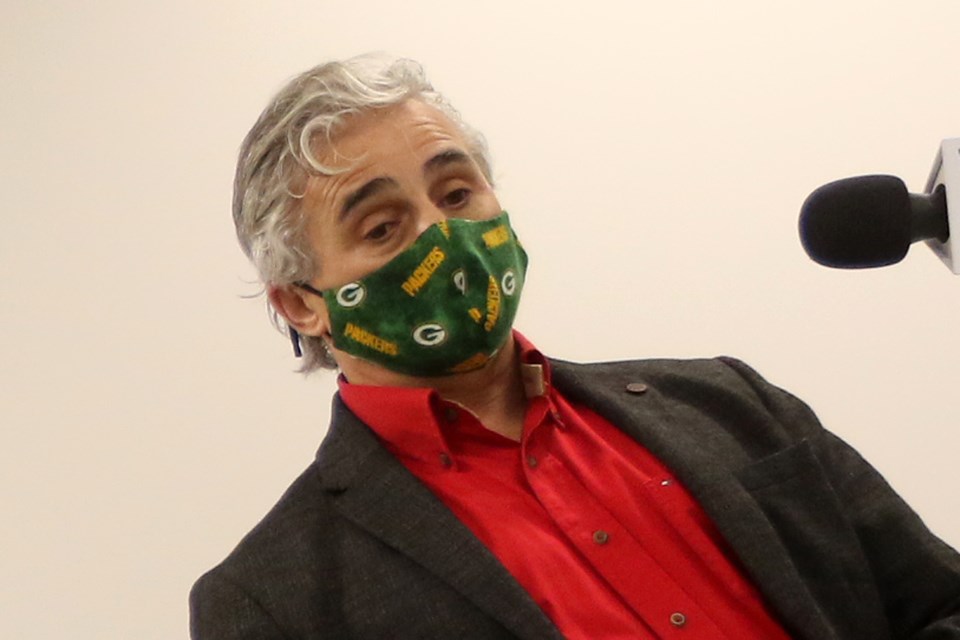 THUNDER BAY – Thunder Bay’s mayor says he welcomes an expected move from the green stage to the yellow stage.

However, Bill Mauro said the city still has a pretty good handle on COVID-19, despite a jump in cases this week, including 11 new cases announced on Thursday.

At the moment, there are 56 active cases in the district, according to the Thunder Bay District Health Unit, most of which are related to a pair of sources.

“Unfortunately, those decisions will be made by the government, but if that is what’s necessary to guard the health and safety of people over the next period of time, then that’s absolutely what we’re going to have to do,” Mauro said.

“It makes things a little more difficult for sure.”

The mayor said it’s better to err on the side of caution than live with the alternative.

Under Ontario’s colour code, each week each region of the province will be re-evaluated and placed into a category, which range from green, which is prevent mode, to grey, which is a return to full-scale lockdowns.

Staying in the green mode requires fewer than 10 cases per 100,000 over the course of a week and sets liberal capacity levels inside gyms and fitness centres and two-metre distances between tables at dining establishments and nightclubs operating as restaurants and bars.

As of Wednesday, just six health units across the province, including Thunder Bay and the Northwestern Health Unit, were at the green level.

Yellow, which represents a protect stage, limits indoor gatherings to 10 people and outdoor gatherings to 25. Organized public events and gatherings will be limited to 50 people indoors and 100 people outside and liquor can only be sold or served between 9 a.m. and 11 p.m.

A move to orange, which requires a weekly rate between 25 and 39.9 per people, would limit business hours, among other measures, with the red stage would mean returning to a modified Stage 2, as it was previously known, leading to the closure of some businesses and strict capacity limits per facility. Gyms, indoor dining, cinemas, casinos and bingo halls would also close. It comes into effect when the weekly rate tops 40 cases per 100,000, with a positivity rate of more than 2.5 per cent.

Mauro said he’s also encouraged by news that emerged this week that at least two vaccine manufacturers are reporting close 95 per cent effectiveness rates and they could begin to roll out by year’s end or early January.

“Obviously everybody, the planet, is dealing with this. There is concern that people are dying. We are still in the thick of this and we won’t see this turn around for months,” Mauro said. “We all need to stay vigilant. Clearly with the fatigue that people are feeling with this issue ... the announcements on the vaccines provide an incredible amount of hope for people.”