Provincial project allows municipalities to set their own guidelines.
0
Feb 27, 2020 8:54 AM By: Gary Rinne 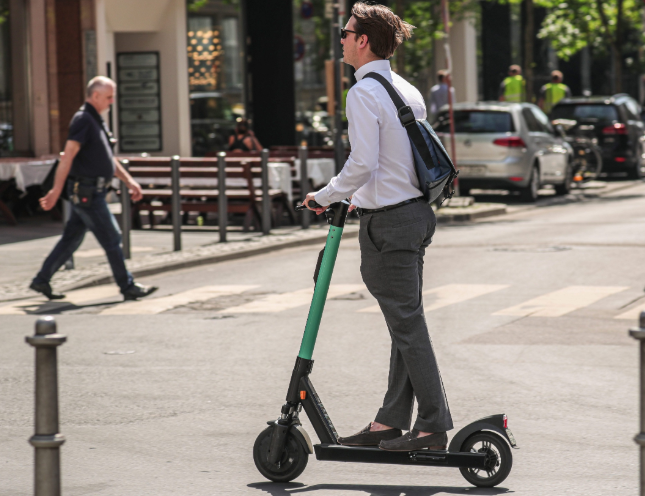 The province has set out the broad rules for e-scooters such as the minimum age for operators (16), maximum speed (24 kilometres per hour), maximum power output (500 watts) and other specifications.

Interested municipalities are required to pass a bylaw to allow their use within their boundaries, and to determine where they can be operated.

"I think we should at least look at it. We're a large city. For those who may have mobility issues, e-scooters may be easier than using a bicycle," the mayor told Tbnewswatch.

He said if council decided it's a good idea, a bylaw would prescribe where the vehicles could be used "whether it be on roadways, on sidewalks, in public parks, or other areas."

One long-time accessibility advocate has expressed concern about allowing e-scooters off private property.

David Lepofsky, chair of the Accessibility for Ontarians with Disabilities Act Alliance, says they move too quickly and quietly, and pose a safety threat for pedestrians, whether disabled or not.

Lepofsky told the Canadian Press, “As a blind person, I want to walk safely in public. I fear an inattentive, unlicensed, uninsured person, as young as 16, with no training, experience or knowledge of the rules of the road, silently rocketing towards me at 24 kilometres per hour.”

Mayor Mauro acknowledged that those concerns need to be addressed in consultations with stakeholders.

Key Elements of the Pilot Project

On completion of the five-year pilot, the government has stated that, following a safety evaluation, the Ministry of Transportation will make a long-term decision on whether e-scooters should be permanently allowed on Ontario roads.

Hospital clarifies use of term 'locum'
Jun 2, 2020 4:50 PM
Comments
We welcome your feedback and encourage you to share your thoughts. We ask that you be respectful of others and their points of view, refrain from personal attacks and stay on topic. To learn about our commenting policies and how we moderate, please read our Community Guidelines.
The latest on COVID-19 Local and global updates →
Support local: Delivery, takeout & more
View local businesses