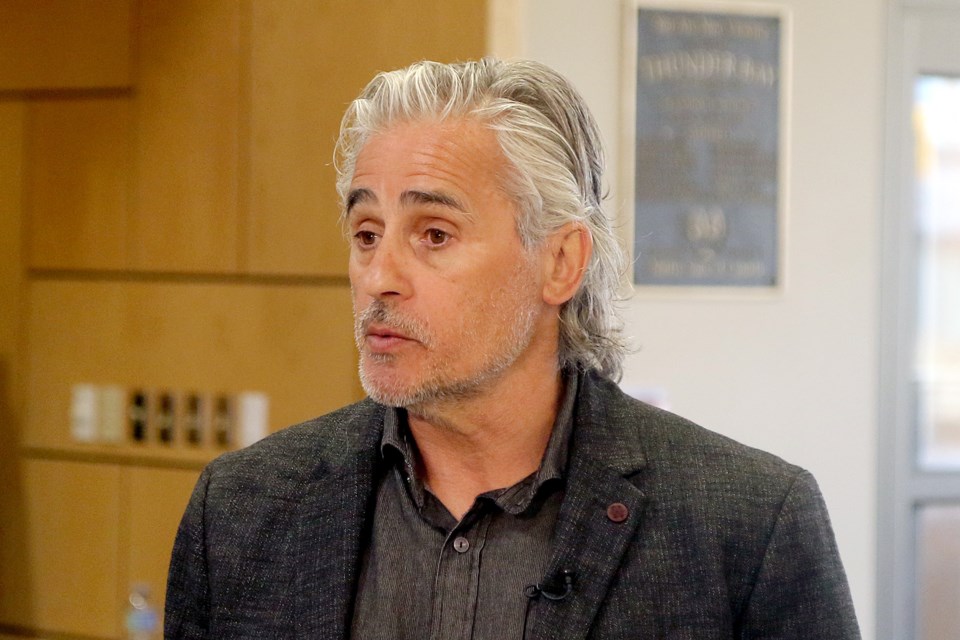 Thunder Bay mayor Bill Mauro welcomes federal funding that will partially benefit municipalities, but says the city is still unsure how much it will receive. (Leith Dunick,tbnewswatch.com)

THUNDER BAY – Thunder Bay stands to benefit from a $19 billion aid package from the federal government – but whether it will be enough to make much of a dent in up to $13 million in COVID-19-related losses expected by the city in 2020 remains an open question.

The federal government announced Thursday the “safe restart agreement” had been reached with provinces. Large portions of the aid are earmarked for specific purposes, such as COVID-19 testing and tracing, PPE for frontline workers, child care, and providing paid sick leave for those not already entitled to it.

Mayor Bill Mauro said Friday evening the city had not yet received details on how Ontario will distribute its portion of the funding, expected to be around $7 billion.

Only $2 billion of the total package is set aside specifically for municipalities. Canadian cities and towns can expect at least double that amount in aid, since the agreement requires provinces to match that portion of the funding.

While it has been welcomed by municipal leaders, the aid received through the package is likely to fall well short of the $10 to $15 billion the Canadian Federation of Municipalities has estimated COVID-19 will cost its members.

Previous city estimates have placed the cost of COVID-19 for the municipality as high as $13 million by the end of 2020.

That figure could decrease substantially as the city begins to recoup some revenue (it will soon reinstitute fees for public transit and parking metres, for example), Mauro said.

City council will receive an updated report on COVID-19’s financial impact on July 27.

The mayor remained hopeful Thunder Bay could emerge from the pandemic without the need for significant service cuts or tax increases, through a combination of its own cost-cutting measures and assistance from upper levels of government. He expected that to include further assistance from the provincial government at some point.

Premier Doug Ford has said the province will provide more information on how the safe restart funding will be rolled out as soon as next week.