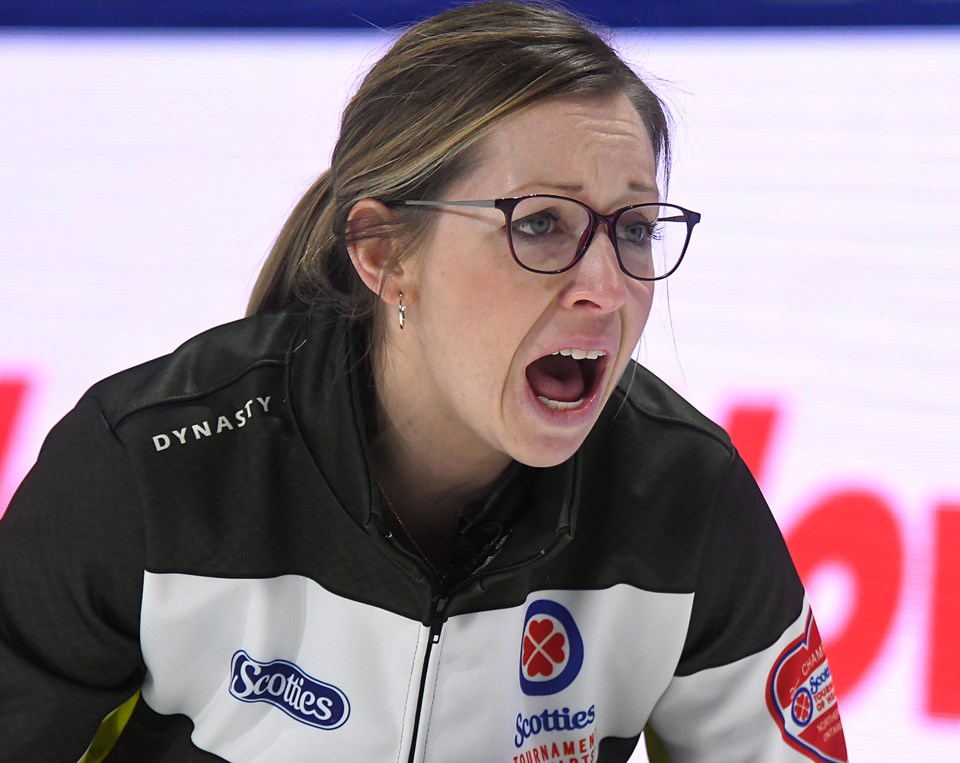 MOOSE JAW, Sask. -- It's on to the championship round for Krista McCarville and Team Northern Ontario at the Scotties Tournament of Hearts.

McCarville escaped a tricky 11th end on Wednesday night, with a hit-and-stick to score one and edge Team Saskatchewan 4-3. The win earned McCarville's team, which includes lead Jen Gates, second Ashley Sippala and third Kendra Lilly, second place in the Pool A standings at 5-2.

The Thunder Bay skip was forced to take one in the third end, then stole another in the second to jump in front 2-0. Saskatchewan skip Robyn Silvernagle picked up a single in the fifth and then stole one of her own in the sixth to deadlock the match 2-2.

McCarville jumped in front once again with one in a tough eighth, the Northern Ontario foursome facing four Saskatchewan stones at one point. But Silvernagle evened things up again in the 10th.

It took a miss by Silvernagle on her final stone to set up the relatively easy hit-and-stick for the win for McCarville.

Saskatchewan will play a tiebreaker against New Brunswick on Thursday morning for the right to advance to championship play.

British Columbia and Nova Scotia will also play a tiebreaker on Thursday morning for the final spot in the championship round.

Alberta was eliminated on Wednesday night, falling 8-5 to Kerri Einarson's Manitoba foursome, who finished atop the Pool A standings at 6-1.