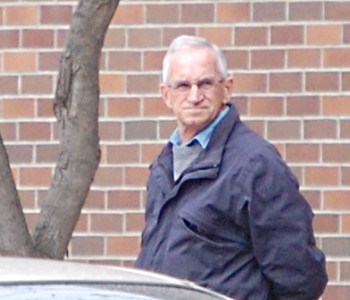 A 71-year-old Thunder Bay man surrendered himself to police on October 13, 2019 at the TBPS Balmoral Street station. Michael Danial BEWCYK was arrested in connection with an investigation into his Breach of Probation regarding previous convictions involving charges of Child Pornography, Sexual Interference, and Breach of Probation. Those charges dated back to 2018.

BEWCYK had been on probation since September 30, 2019. BEWCYK’s probation orders prohibited him from attending a park or public swimming area where persons under the age of sixteen years are present or can reasonably be expected to be present, or a daycare centre, school ground, or community centre.

Thunder Bay Police Service investigators had followed up on reports that BEWCYK had attended a community event at a local retail store where children were present earlier this month. The investigation resulted in his subsequent arrest on October 13, 2019.

Michael Danial BEWCYK remains in custody with his next court date set for October 16, 2019.