Former Lakehead University men's basketball coach is eight wins away from capturing an NBA title as an assistant with the Boston Celtics.
Sep 15, 2020 9:36 AM By: Leith Dunick 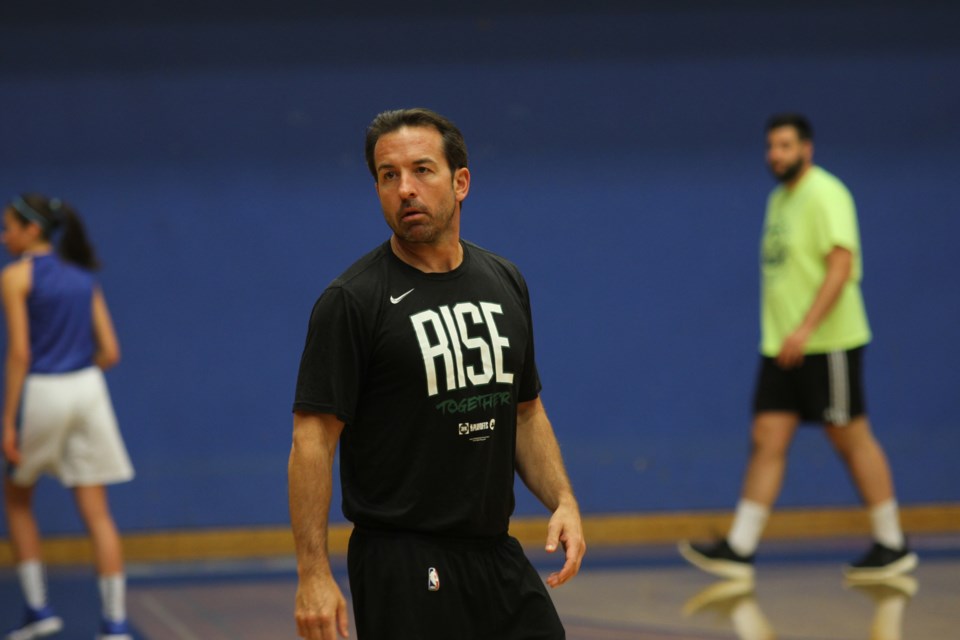 THUNDER BAY – When Scott Morrison and the Boston Celtics entered the NBA bubble, his son was eight months old and still crawling.

By the time they exit the bubble, the youngster will be walking, having already started to take his first steps. He’s had to follow the progress virtually, through Facetime chats and pictures sent from afar.

As tough as it’s been from a family perspective, Morrison, the former long-time head coach of the Lakehead Thunderwolves men’s basketball team, is quite happy to be sequestered in Orlando, he and the Celtics about to take on the Miami Heat in the NBA’s Eastern Conference final.

Boston cruised through the opening round of the playoffs, dispatching the Philadelphia 76ers in four straight, then roared out to a 2-0 lead against the defending champion Toronto Raptors, ultimately needing seven games to reach their third conference final in four seasons.

In 2017 and 2018 the Celtics did not advance, falling to LeBron James and the Cleveland Cavaliers on both occasions.

It’s time to get the job done, get a taste of the NBA Finals and bring Boston home its first championship since 2008.

“You always want to not take it for granted making it this far, being one of the final four teams. It really stands out here (in the bubble) because the place just keeps getting emptier and emptier. But you want to keep moving,” Morrison said.

“That’s on the positive side. On the negative side, we haven’t been able to advance yet those times. I think everyone’s really cracking down and not getting complacent being here. We know we have a tough opponent in Miami, but we also know we survived a really tough opponent in Toronto, so we believe that we can win – but we know it’s not going to be handed to us or even guaranteed if we play well.”

Led by the offence of Jayson Tatum, the three-point shooting and defence of Marcus Smart, who jokingly anointed himself the new King of the North after the grueling seven-game win over the Raptors, and the savvy and experience of first-year Celtic Kemba Walker, Boston entered the postseason as the No. 3 seed in the east.

Taking the Heat down will likely mean more strong defence, facing a team led by the likes of Jimmy Butler, Bam Adebayo and Goran Dragic, one that boasts six players who have averaged double-digit points in the postseason.

“Their offence has definitely been playing at an extremely high level, especially in the bubble here ... Hopefully some of that has to do with the opponents they’ve been playing and hopefully our defence, which has also been one of the best defences in the bubble can try to slow them down,” Morrison said.

“It’s definitely going to be a different look than the Raptors gave us.”

The Celtics, who keyed on the Raptors with corner threes, will also have to take care of business on the offensive side of the ball too and create good shot opportunities.

“It’s not going to be easy for either team.”

Away from the court, bubble life has been pretty good, said Morrison, who acknowledged his long-term goal in the game is a head coaching position in the NBA.

Morrison, who coached the Thunderwolves from 2003 until 2013, taking the team to nationals four times before leaving for a position with the Maine Red Claws, said the league has ensured players, coaches and staff have everything that they need.

“You’ve got to pay for beers, but we get a per diem and everything else is provided. We can go to the pool whenever we want. Guys can go fishing. There’s lots of space, lots of places to run and work out. One thing about the NBA, you get spoiled pretty easy, so even in the quote-unquote hard times in the bubble, it’s really just like a working vacation.”