Mother of two identified as victim of Highway 17 fatal collision 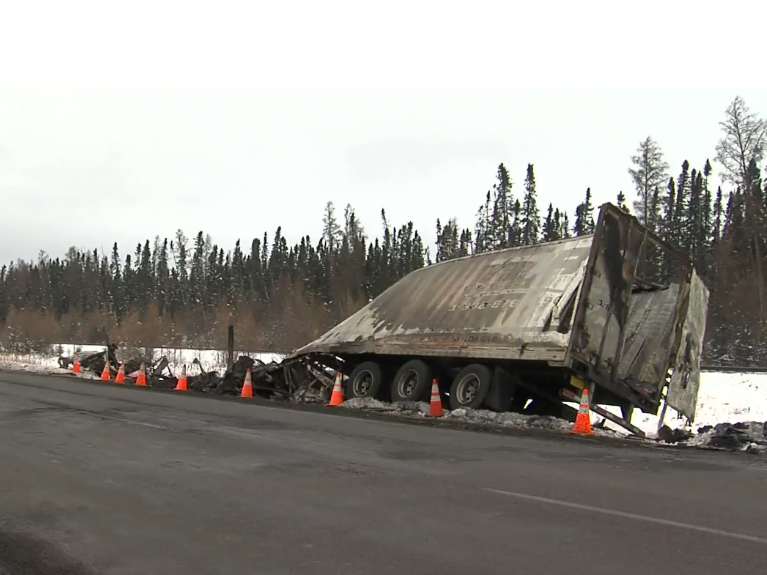 THUNDER BAY — Obituaries published in Quebec say that a mother of two from that province was one of the two victims of a fatal highway collision in the Raith area last Sunday.

She was 49-year-old Marie-Josee Caron from the community of Temiscouata-sur-Lac.

Caron was a driver for Rossignol Transport of Edmundston, New Brunswick.

Both transport trucks caught on fire.

According to a post on the Facebook page of the Women's Trucking Federation of Canada, Caron won the Dégelis Truck Rodeo Heavy Duty Truck Driving Competition last summer in the women's category.

To honour her, organizers have decided to name the trophy after her.

The identity of the other driver has not been released as yet.