Motorcycle course classrooms destroyed by fire, but training will go ahead

A portable classroom and large storage containers are now being set up for the course to start Friday
Jul 27, 2020 4:43 PM By: Gary Rinne 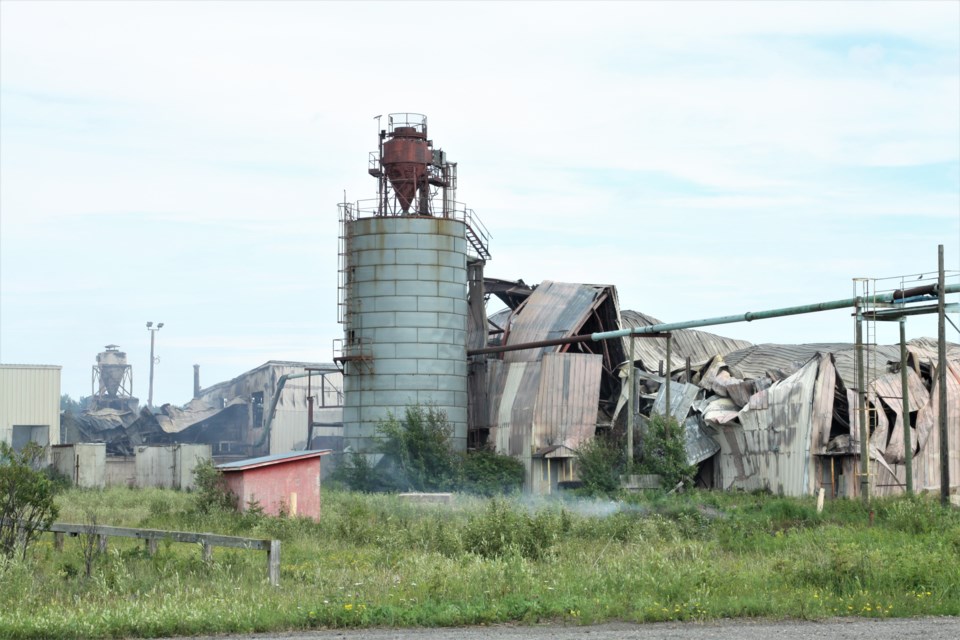 A portable classroom will be used in place of the space inside this former mill site which was destroyed by fire on July 24, 2020 (Ian Kaufman/Tbnewswatch)

THUNDER BAY — Fire dealt a blow on the weekend to the only government-approved motorcycle safety course in Northwestern Ontario, but the program will go ahead thanks to some quickly-made alternate arrangements.

"We were standing back, before the fire, admiring our work and saying how good it was going to be...We kind of got kicked a little bit, but we'll persevere and move on," said Greg Stein, the director and chief instructor.

Moving on means the program will be offered as scheduled, starting July 31, using a portable classroom for indoor instruction, and two large metal shipping containers for storage.

Stein said the site itself remains ideal for motorcycle training, with 14,000 square metres of asphalt.

Because COVID-19 halted plans to start the program in May, between 150 and 200 people are already waiting to take it.

The first group to enrol will be those who registered before the pandemic put the course on hold.

All those riders will be contacted to be slotted into a course first, followed by those on the waiting list, before registration – through the organization's website – is opened to others.

Stein said taking the course has been made "pretty much mandatory" by insurance companies.

"They don't want to give people insurance unless they have their course and their M2 [licence], so the course satisfies both needs," he said.

The program fee has gone up to $625 this year because of the need for COVID-19 precautions, combined with the cost of relocating from the previous training site at Confederation College.

"It's unfortunate, but it's the way it has to be. We are a non-profit, so it's impossible to absorb these kinds of costs," Stein said.

Training takes place over one evening in the classroom, and two days on a motorcycle.

Stein and his colleagues still envision having a facility that's the envy of the motorcycle-training business across Canada.

"We're looking forward to moving on. We have lots of area here with the potential to do off-road training, and so on and so forth," he said.