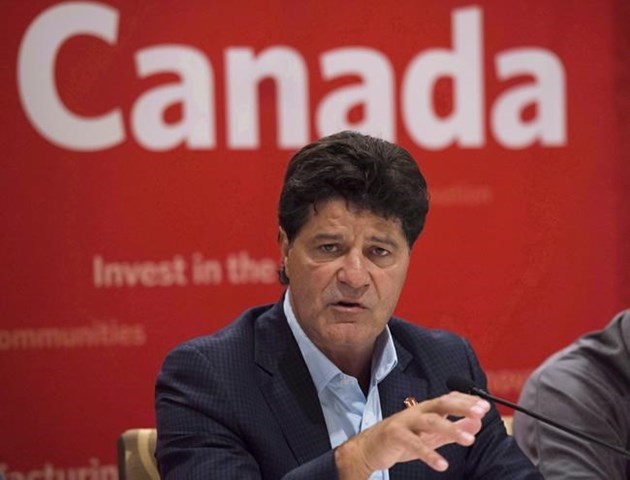 Jerry Dias is the national president of Unifor, the union that represents workers at Bombardier in Thunder Bay (file photo)

THUNDER BAY — The national president of Unifor is warning that time is running out for the Bombardier plant in Thunder Bay.

"If you don't have a full order book, and they're looking to reduce capacity, guess where they start," said Jerry Dias. "They start with empty plants."

He was speculating about plans that Alstom may have for Thunder Bay after the France-based company takes over the assets of Bombardier's transportation division on Jan. 29.

In an interview Monday, Dias called on the Ontario and federal governments to take immediate action to help the plant get new orders.

He said the City of Toronto has already set aside money to buy 60 streetcars, and is prepared to purchase 420 subway cars.

Dias said the Thunder Bay plant should be "ripping at the seams" with additional work orders from the Toronto Transit Commission.

He's frustrated, he said, because government representatives at both levels have assured him directly that the money has already been allocated.

"There's no question I'm fed up. It's only so often that people will say 'Yes, we understand, and we're gonna do it.'  And then a year goes by, two years go by, and you're still waiting for the money."

According to Dias, there is only "a short window" to put the plant in a position that would make it hard for Alstom to close it once existing contracts are completed.

"We've got a huge problem, because nobody's gonna take over and invest in a plant that in essence has no work. They will start to utilize the other resources where they already have commitments. So this is a 1,000 jobs in Thunder Bay. The economy is depending on this, or there's gonna be a huge economic penalty to pay."

The Unifor president said it's time for the governments to start "walking the walk."

"You can't keep talking about the importance of jobs, post-pandemic, and have the opportunity touching you right in the middle of your forehead, and you're sleeping on it still. It doesn't make any sense."

In response to his comments, Bombardier Thunder Bay General Manager Lindsay Fenton said "Any kind of support that values the importance of this plant, and the importance of maintaining manufacturing in Ontario, is obviously welcomed."

Fenton declined to comment on any discussions the company may have had recently with any parties regarding new contracts for Toronto.

She said "We have been building [cars] for many, many years for the City of Toronto. Just ensuring that everybody understands the skilled expertise that we have here, and the necessity of keeping this plant in operation to support the needs, is important."

After the layoff last year of about 550 workers, just over 400 people are currently employed at the plant.