The names of 743 fallen members of the 52nd Battalion Canadian Expeditionary Force now have a monument in their name
Sep 21, 2019 6:03 PM By: Michael Charlebois 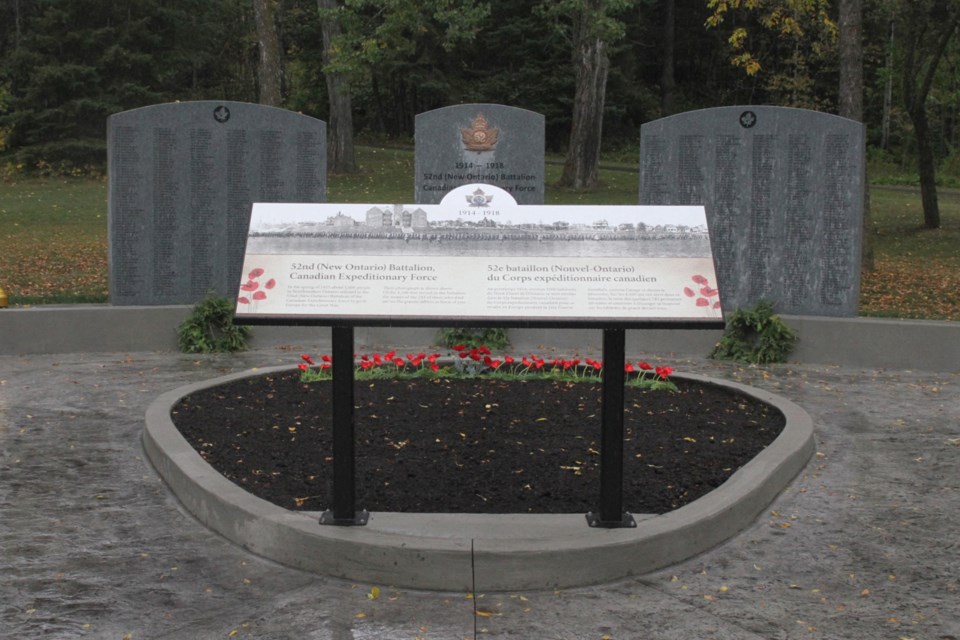 THUNDER BAY - An important chapter in Thunder Bay's military history has now been engraved in stone.

The monument shows the official fatal casualty list for 743 soldiers in the battalion who died during the First World War.

"This has been a long build-up to fill this void in our military commemoration and remembrance," Ratz said.

"It's been over 100 years since these men have died, it's about time they have been recognized."

The battalion was raised in Northwestern Ontario through 1915, and went on to fight in most of the major battles in the First World War including the Battle of Somme, Passchendaele, and Vimy Ridge.

During the war, the battalion were reinforced so often that 4,100 officers had passed through by the end of the war. They were awarded 18 battle honours, and 380 personal awards, including one Victoria Cross.

Logistically speaking, the monument was a two-year process, and relied on public donations.

"It's been a community effort in that regard. It's the senior people, the retired people from the Lake Superior Scottish Regiment who've helped build this monument," Ratz said.

Lavoie joined the Canadian Forces in 1983 as a private soldier in the Lake Superior Scottish Regiment.

"It's an extraordinary privilege and honour," he said.

"I never thought in my wildest dreams it would come full circle and I would get this invitation to come to this dedication, especially being posted half way across the world and coming back to where I started 37 years ago."