THUNDER BAY – A new provincial law that came into effect at the start of the year means drivers have to give more space to crossing guards. Effective Jan.
Jan 5, 2016 6:58 PM By: TbNewsWatch.com Staff 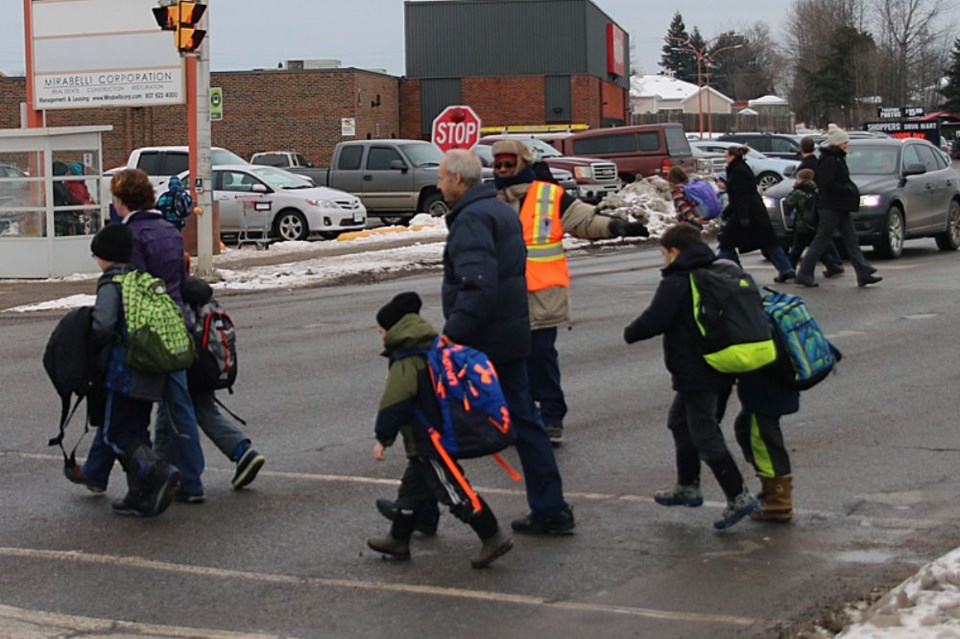 THUNDER BAY – A new provincial law that came into effect at the start of the year means drivers have to give more space to crossing guards.

Effective Jan. 1, drivers now have to wait until pedestrians and crossing guards are completely across the road at school crossings before proceeding. Drivers previously had to wait until their half of the road was clear.

Michelle Riemer, the city’s field supervisor for crossing guards, said the change is a good one for guards, parents and children.

“Safety of the children and themselves is paramount for (crossing guards),” Riemer said on Tuesday.

“We haven’t had any accidents but we’ve had close calls. We have a number of them through the school year where drivers aren’t paying attention and drive through when a crossing guard is in an intersection with children.”

The penalty for not stopping at a school crossing can result in a fine ranging between $150 to $500 and three demerit points.

Drivers do not have to give full road clearance at pedestrian crosswalks at intersections controlled by traffic lights or a stop sign and can still proceed when it is safe to do so.

“There’s been a lot of confusion, including with some of the younger police officers,” said Thunder Bay Police Service traffic Sgt. Glenn Porter.

“A crossover and crosswalk are two distinctly different features. Crossovers are specially marked. I think anybody who has done any driving in the Toronto area will be familiar with them.”