New soccer bubble hits a bump in the road 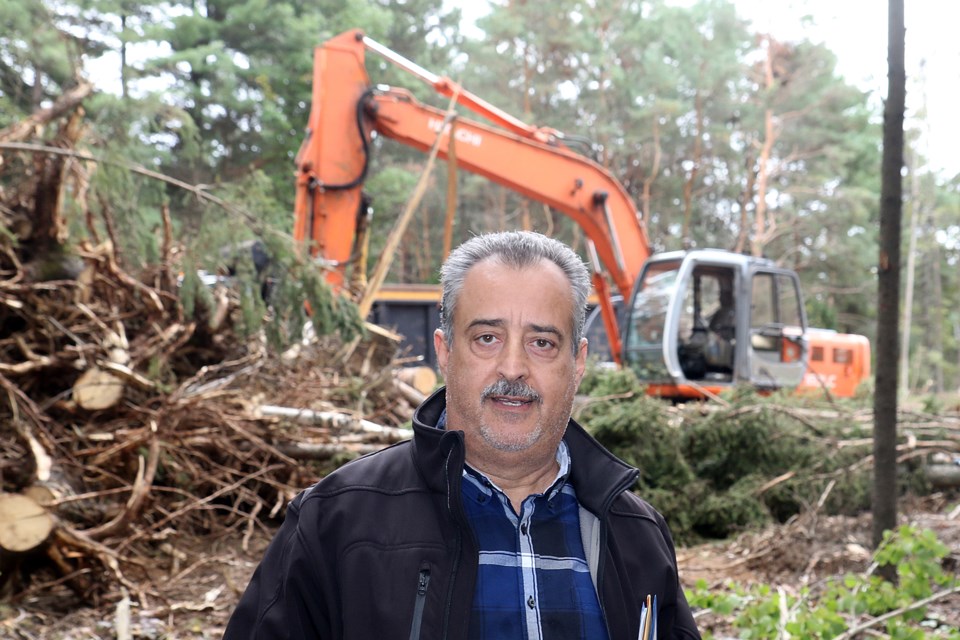 Carmen Felice is the general manager of the Goal Sports Centre II, being built at 1125 Golf Links Road. (Tbnewswatch file)

THUNDER BAY — The developers of a proposed indoor turf facility off Golf Links Road are disappointed that a zoning issue stands in the way.

Last month, a group of investors led by Robert Zanette began clearing a site for a bubble near the Iron Range Bus Lines yard that would host two 90 by 150-foot soccer fields.

They announced that the project would also include a companion hotel, but said they were fast-tracking the bubble for completion within a few months because of the pressing demand for an indoor soccer and sports facility in the city.

Standing in the way are current zoning regulations for the site which only allow a recreational facility as an auxiliary use.

In an interview Monday, Felice suggested that the employment level within one square kilometre of the build site is already among the highest in the city.

He pointed to the nearby Thunder Bay Regional Health Sciences Centre, medical clinics, Lakehead University, new office buildings and restaurants which he said "taken together, more than satisfy the needed employment in the area until the hotel is constructed."

Felice said the developers are working with city administration to resolve the issue through a rezoning application.

"From our part, we believe that we've done everything to be ready, so that when we get the green light from city council we will be able to move as quickly as we can," he said.

Felice said it's not only the development group that's been left disappointed.

He believes user groups, especially youth soccer players, are frustrated with the holdup as well, adding "we extend our apologies to them for this delay which is not within our control."

The hotel will accommodate teams, coaches and parents when the bubble hosts tournaments, but given its proximity to the Trans-Canada Highway it's also expected to attract cross-country traffic.

The hotel and soccer facility, Felice said, "are both zoned to be constructed on this property. That's one of the issues we're having a hard time understanding, but again, we'll do our bit to try to resolve this."

City officials could not immediately be reached Monday for comment.