First Nations job-seekers can see what it's like to be a miner or an electrical lineman using virtual reality modules.
Nov 22, 2018 3:20 PM By: Leith Dunick 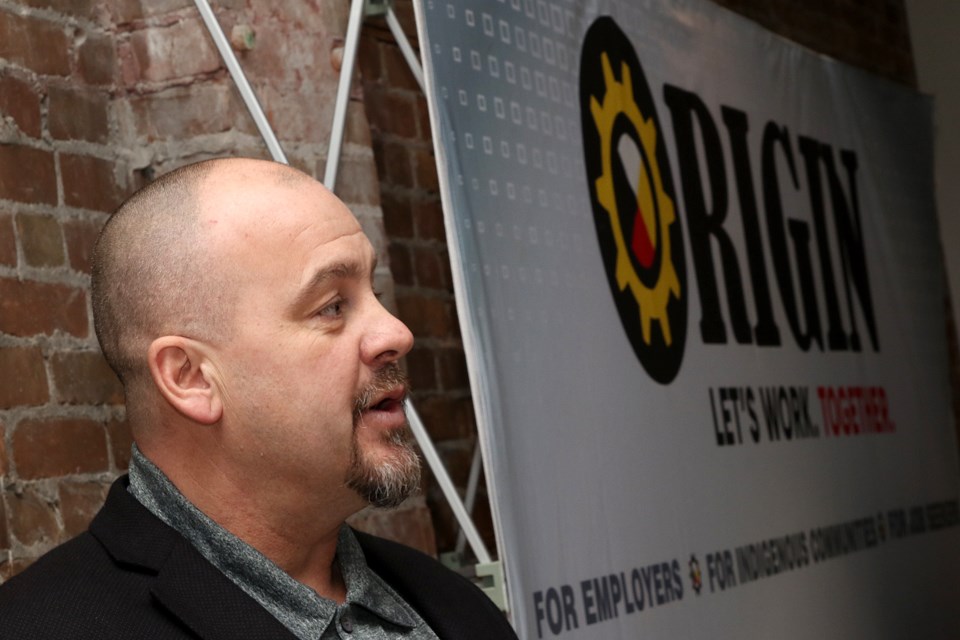 Paul Giles is the co-owner of Origin, which on Thursday, Nov. 22, 2018 launched its National Advisory Council. (Leith Dunick, tbnewswatch.com)

THUNDER BAY – Indigenous students in remote communities can now get a virtual reality taste of what life is like in the mines or working as a lineman to deliver power to Ontario’s north.

On Thursday, Origin launched a pair of virtual reality workforce readiness modules designed to encourage young would-be workers to learn about the industries from the comfort of their communities.

The program, which follows in the footsteps of a mobile classroom delivered to 60 Northern Ontario communities, will help students make better choices about their futures, said Melissa Hardy-Giles, co-owner of the company.

“It’s basically to give you the experience of how it is when you’re underground and a day in a mine and a day as a lineman,” Hardy-Giles said.

“Anyone can take training, but there is so much money that can be wasted if they’re not ready or they don’t know what they’re getting into. They get to experience as close as possible the actual environment before taking on the training or continuing on.”

The mining module was created in conjunction with Musselwhite Mines, while the lineman module was built with the assistance of Gridlink.

Hardy-Giles said for now, they plan to stick with the two modules, but left open the possibility of expansion.

“The sky is the limit in regards to our VR modules. We are not just going to focus on trades. We can go into the health aspect of things, into teaching, you name it. We’d like to have a huge library and it would be nice to have it into the curriculum of schools across Canada.”

Hardy-Giles said their tools are mainly focused on Indigenous learners, though not exclusively. She added First Nations youth, in many cases, prefer hands-on learning.

Getting that training in the field isn’t always possible.

“No one’s going to let just anyone go down into an underground mine or on heavy equipment. It’s a liability. This way they’re in a safe environment and it makes them as comfortable as possible.”

McNab said the council can in bringing Indigenous communities together with the technology.

“It’s really important to bring a national scope, to bring in thought leaders from many different sectors, who are really knowledgeable and can bring strategic thought to the table so we can broaden the scope of Origin.”

He added there is a huge skilled-labour gap in Canada, which he believes can be filled by a growing younger generation of Indigenous people.