Garage was fully involved in fire when firefighters arrived on scene.
Oct 14, 2019 8:11 AM By: Leith Dunick 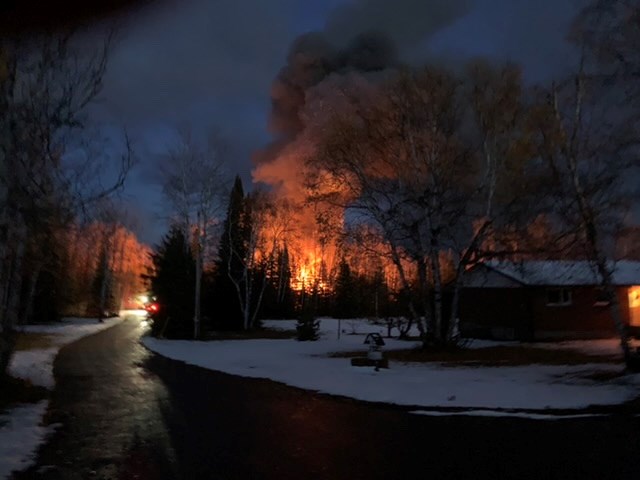 A fire at a Hilldale Road residence is under investigation. (Photo submitted).

Thunder Bay Fire Rescue said they arrived at the home at about 7:49 p.m. to find the garage fully involved. At this point a second alarm was activated

five pumpers, one tanker, and aerial ladder and the platoon chief responded.

The cause of the fire remains under investigation.