No one injured in Egan Street fire 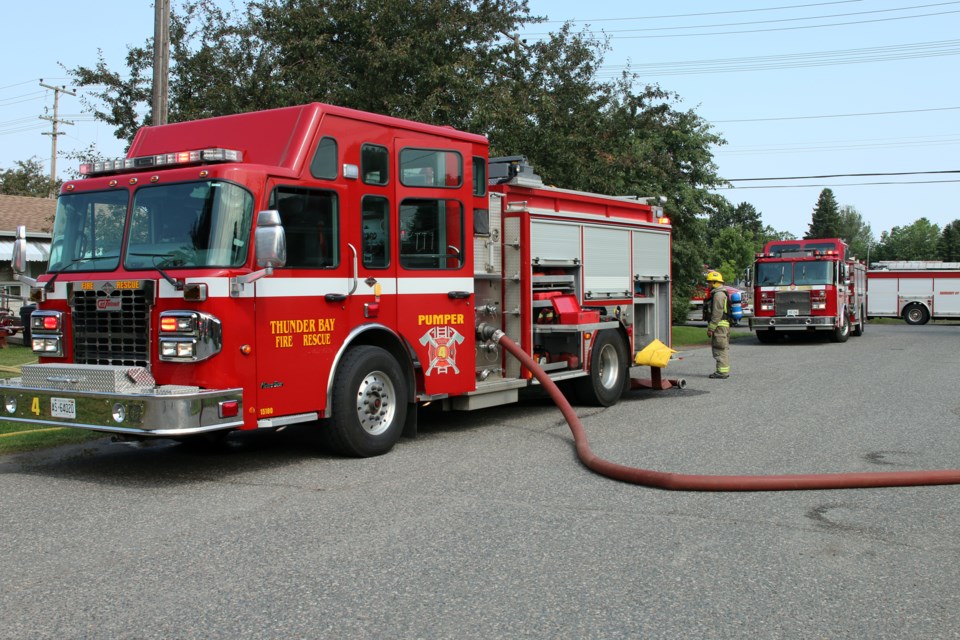 THUNDER BAY – Responders extinguished a refrigerator fire in the basement of a Current River Ward home Friday night, with no injuries reported.

Thunder Bay Fire Rescue was called to a possible structure fire at the 200s block of Egan Street just after 9 p.m. Friday.

Responders from four fire trucks initially on scene encountered smoke in a basement apartment, calling for a second alarm, which consisted of two additional pumpers and a ladder truck.

Upon investigation, the source of the problem was found to be a fire in a refrigerator, which was quickly extinguished with a dry chemical extinguisher.

The situation was deemed under control and the second alarm was cancelled.

No tenants or firefighters sustained injuries, the TBFR reported.