Voters looking to phone, mail or cast their ballot by internet won’t get the chance this October after a recommendation was voted down by city council Monday night.
Apr 27, 2010 12:06 AM By: Jamie Smith 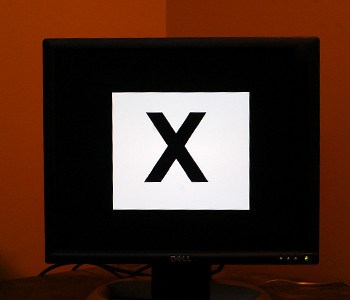 Voters looking to phone, mail or cast their ballot by internet won’t get the chance this October after a recommendation was voted down by city council Monday night.

The recommendation, which was lost 8-5, would have created a by-law to allow alternative methods of voting in the upcoming municipal election. Coun. Andrew Foulds, who supported the recommendation, said the by-law would improve accessibility for voters with disabilities who might find it difficult to get to polling stations.

"We should be trying to make voting as easy as possible, as accessible as possible and I think this is one way to do it," said Foulds.

Under the proposed change, a voter would be given a PIN number and select from a list of specific security questions, such as the voter’s favourite pet, before casting their vote online or by telephone along with the traditional polling station. Foulds said while he understands security would be a concern, other Ontario municipalities have already set a precedent by choosing to put their voting system online with no reports of fraud or tampering.

"I am satisfied that the security and the integrity of the system is there," Foulds said.

City clerk John Hannam said out of the 20 Ontario municipalities currently operating online systems, there have been no reports of fraud. While he wouldn’t expect a dramatic increase in voter turnout with alternative methods, Hannam said there are 4,000 people who are from Thunder Bay that aren’t in the city during an election. Those people would be able to vote through the internet if the by-law was adopted. Although some councillors worried that the move was being recommended for cost effectiveness, Hannam said the main reason is convenience.

"Cost is not the driving factor here. It’s the convenience to the voter," Hannam said.

Some councillors viewed alternative voting methods as a way to curb voter apathy. But Coun. Joe Virdiramo, who did not support the recommendation, said voters won’t vote just because it’s convenient. People vote when they have something to vote for he added.

"People go out to vote when there are issues to vote on," Virdiramo said. "The e voting isn’t going to solve the problem."

Coun. Trevor Giertuga said although there are 20 Ontario municipalities casting votes online, only two of them have populations over 100,000. With 448 municipalities in the province, Giertuga said it’s clear that an overwhelming majority of towns and cities are hesitant to change their voting system.

"Right now I just don’t want to be one of the first in the province to deal with it," Giertuga said. "Why aren’t larger municipalities doing it?"

Giertuga said with online voting, a person could sell their vote and no one would know. One person could also cast votes for an entire household he added.