First Nations communities are leading environmental assessments for road that would connect to provincial highway network.
Jun 29, 2019 11:56 AM By: Matt Vis 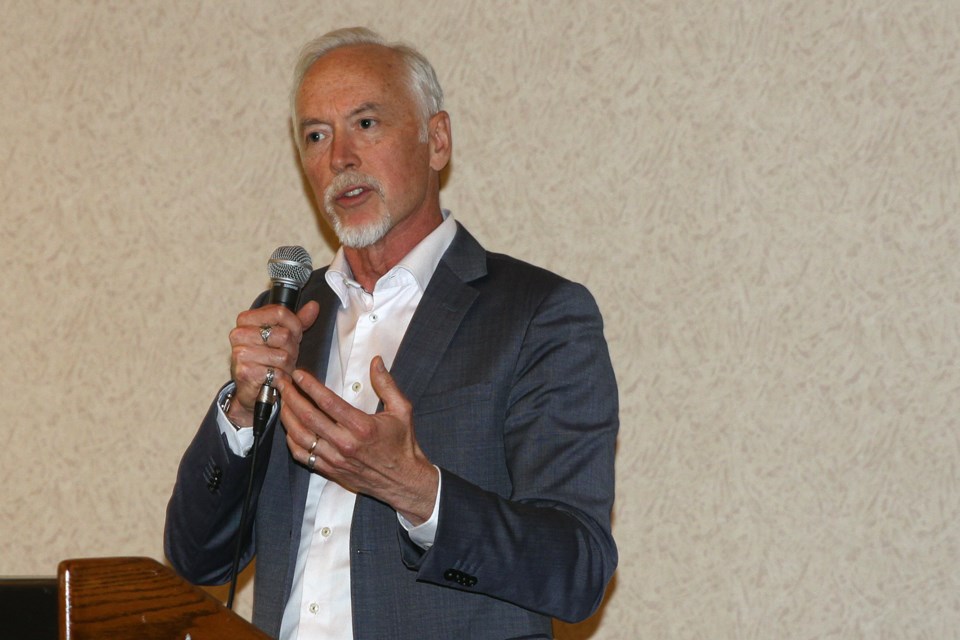 THUNDER BAY – The first ore from the Ring of Fire could come out of the ground in five years, potentially finally unlocking the mineral-rich area that has long been promised to stoke Northern Ontario economic development opportunities.

Noront Resources, which owns 85 per cent of the mining claims in the James Bay lowlands area, is working toward the completion of the permitting and approval process, which would be followed by the construction of a road and the first mine to tap into the lucrative deposits.

Speaking at the Nishnawbe Aski Development Fund's annual Aboriginal Forum on Thursday, company president and chief executive officer Alan Coutts said the goal is to have their Eagle's Nest nickel, copper and platinum-group mine operational by 2024.

One of the biggest steps to development is building a road to access the proposed mines, with two possible routes.

Marten Falls First Nation is currently going through the provincial environmental assessment process for an all-season north-south road to the community, which would be connected to the existing provincial highway network near Nakina. A second phase of the project would extend the road further north to Webequie First Nation, and accessing the Ring of Fire, with Webequie leading that environmental assessment process.

The former Liberal provincial government in 2017 announced it was supporting plans to develop and construct an east-west road that would be connected to Highway 599 north of Pickle Lake.

“We’re going to be a road user and we have to negotiate how we’ll do that,” Coutts said. “Maybe we’ll play a toll or some other fee. Ultimately we will be mine developers but we won’t be the regional infrastructure developers.”

Coutts, acknowledging the mining companies are usually the proponents of building the roads to their developments, said this is a different way forward.

“What we needed to do was turn some of those old models on their head, and make them work for resource development in the 21st century,” Coutts said. “The more the communities are involved, the more knowledgeable they are, then the more supportive they can be. This has been a real key to the recent breakthroughs.”

After receiving a question from a representative of Wumnumin Lake First Nation about consultation, Coutts said the communities leading the environmental assessments are the ones with the obligation to carry out the consultation.

Coutts told the audience he was "agnostic" about whether the road takes the shape of the north-south corridor or a separate east-west route that would extend from Highway 599, though when later speaking to reporters he said he recognized the work done by Marten Falls to lead the environmental assessment process for the north-south road.

The environmental assessments are expected to be completed by the end of next year, with a subsequent anticipated construction period of 30 to 36 months. Noront, which has developed agreements with Marten Falls and Webequie to become shareholders of the company and recently signed a memorandum of understanding with Aroland First Nation, still has to negotiate impact benefit agreements with affected communities.

The Eagle's Nest project would be the first development, with subsequent chromite mines to follow. The nickel mine is expected to have an anticipated operational life of up to 20 years, though Coutts said the chromite creates a 100-year mining opportunity at the site.

“The attractive thing is the first chromite deposit – Blackbird – is only 500 metres away from the nickel mine. All of the infrastructure that’s built for the nickel mine – the accommodation complexes, the air strips, all the roads – can be reused for the first chromite mine as well so it makes a lot of sense to get that up and running as soon as possible afterwards,” Coutts said.

“The big timeline on the chromite side is the permitting of a ferrochrome plant, and that’s going to take considerable effort. There hasn’t been a smelter as such permitted in Ontario in about 50 years.”

Noront selected Sault Ste. Marie as the host site for the ferrochrome processor, following a bidding process where four Northern Ontario cities – including Thunder Bay – tried to land the smelter.