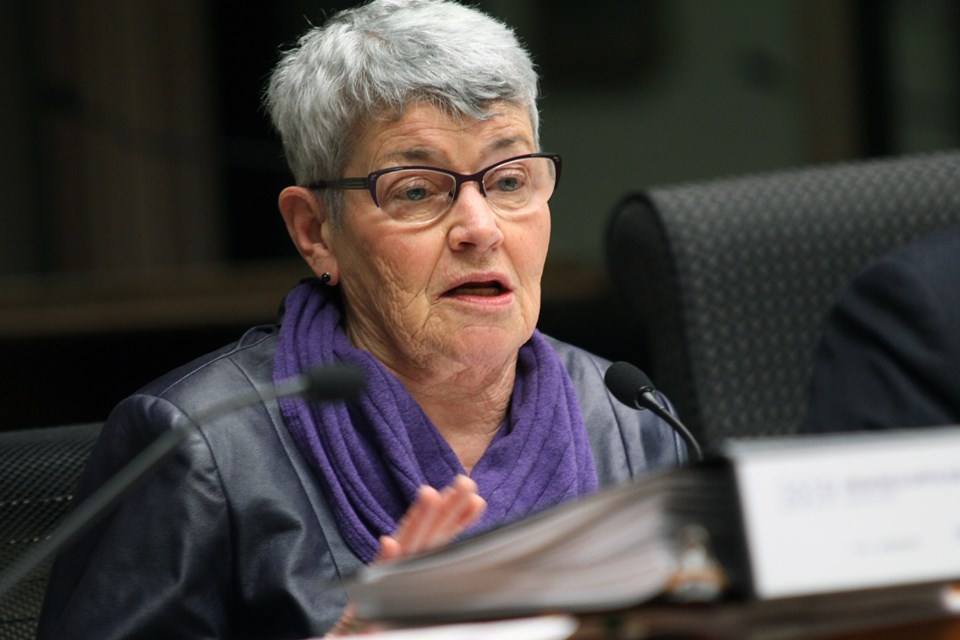 Some councillors expressed concern the review, which includes recommendations for sweeping facilities closures, could wind up on a shelf with few concrete improvements to show.

The 80-page document came before council for information on Monday, with no next steps specified and the path toward implementation unclear.

“I’m very concerned it could wind up sitting on a shelf,” said Coun. Rebecca Johnson. “I would like to have something come out of tonight that says to the community, something’s going to come out of this report. So, what are we really going to do?”

The at-large councillor was critical of city administration for bringing the review forward without an implementation plan.

Earlier in the day, the Thunder Bay Chamber of Commerce published an article on its website, written by president Charla Robinson, urging council to ensure the review was acted upon.

“The most important question is ‘now what?’” she wrote. “It is my sincere hope this document becomes a beacon that lights the path forward… that a blueprint is set to evaluate each recommendation and develop a workplan with specific and measurable actions within a clearly identified timeframe. Acta non verba – ‘Actions, not words’ must be our motto to achieve positive change.”

After a lengthy discussion, council resolved to set a special meeting before the end of September to address the report. Councillors would have a chance to move motions to implement specific recommendations at that time. Several councillors have said they expected some recommendations to come forward when council sets the city’s 2021 budget.

Consultants with Grant Thornton, which prepared the review, gave a brief overview of the document to council. They highlighted the report’s top recommendations, which include reducing collisions involving city vehicles, closing underutilized recreation facilities and the conservatory, dissolving the sister cities committee, moving to automated water meter readers, and developing a comprehensive Information Technology (IT) policy.

Councillors largely avoided discussing more controversial recommendations related to closing or selling facilities. They were quicker to endorse those related to improving operational efficiency through changes to human resources, IT, and vehicle and building management.

Grant Thornton consultants told council some of those could provide significant savings, as well as improving service provision. The installation of automated water meter readers, for example, was rated as by far the single most impactful cost-saving recommendation – requiring an initial investment of around $12 million, but with an estimated annual return of $2 million.

While the services review included two surveys led by Grant Thornton, councillors saw the need for additional public feedback on the finished review. Coun. Andrew Foulds suggested the city consider a round of polling to gather statistically valid feedback – a tool city manager Norm Gale suggested would cost around $30,000.

Coun. Aldo Ruberto suggested the city would need to do some legwork to help citizens understand the report’s implications, saying it was unrealistic to expect residents would read the 80-page report.

Gale indicated some form of consultation would take place, but council ultimately did not direct specific next steps in that regard.